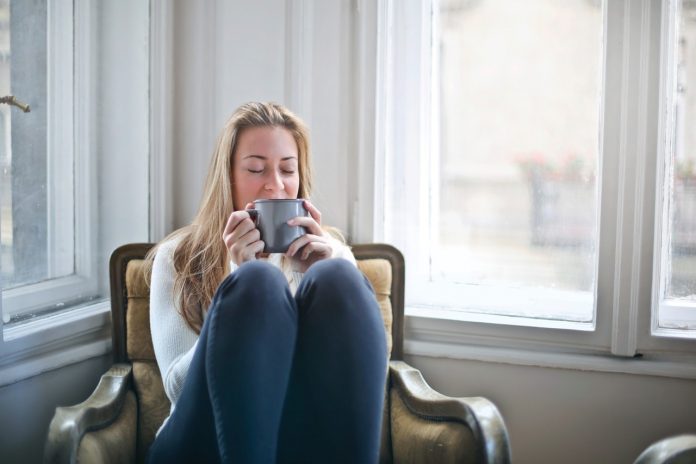 (Note: This article has been guest authored. The assertions made regarding coffee and its benefits have not been researched by avenuesixty.com staff. Avenuesixty.com encourages the reader to do their own research into coffee and caffeine and the benefits or detriments of use)

Drinking coffee quite literally became a part of most people’s everyday routine. Whether you drink it to stay awake at work or as you’re reading your favorite book, coffee for sure can be consumed for any occasion. What you might not be aware of are all the amazing benefits drinking coffee actually has on both your body and brain.

Drinking coffee can drastically improve your mood. In fact, there is a study published by the American Academy of Neurology which proves that people who drink up to four or more cups of coffee are 10% less likely to suffer from depression symptoms than those who don’t drink coffee at all. Also, another study, published by Harvard in 2013, showed drinking two cups of coffee per day can even prevent the risk of suicide by 50%. So, both of these studies confirm that coffee has the same impact on the human brain that a mild antidepressant would also have. In other words, coffee improves the brain’s production of dopamine which is the happiness hormone.

Can Help You Burn Fat

Believe it or not, coffee can actually help you burn fat. Caffeine, which can also be found in almost every fat-burning supplement, is a natural substance that mainly aids fat burning. What does caffeine actually do to the human body? Well, caffeine mainly targets the metabolic system and boosts its rate by 3-11%. Some studies even show that this substance can even increase fat burning by almost 10% in obese people and up to 29% in lean people. However, these effects may diminish when it comes to long-term coffee drinkers.

Caffeine is also great for stimulation of the human nervous system. What it does is signal fat cells to break down body fat. However, that’s not the only thing caffeine does. It also increases epinephrine, or in other words adrenaline levels in the bloodstream. This hormone is in charge of our fight-or-flight response. In other words, this hormone is what prepares your body for intense physical exertion. By breaking down body fat, caffeine makes free fatty acids that our bodies get to use as a type of fuel. Therefore, it doesn’t really come as a surprise that caffeine improves physical performance. As a matter of fact, it’s proven that it improves the physical capabilities by 11-12% on average. So, a pro tip for you if you want to as much as you can out of your workout, have a cup of strong coffee about half an hour before you go to the gym.

Coffee also contains many great essential nutrients many of which end up in the finished brewed coffee as well. One cup of coffee contains pantothenic acid (vitamin B5): 6% of the Reference Daily Intake and riboflavin (vitamin B2): 11% of the RDI. It also contains a high percentage of manganese and potassium and magnesium and niacin (vitamin B3): 2% of the RDI. This might not seem like a huge game-changer. However, when you drink several cups of coffee a day, you allow these nutrients to add up and have an actual impact on your body.

May Lower Your Risk of Type 2 Diabetes

Diabetes, especially type 2, has been a major health issue for years, affecting millions of people around the world. This type of diabetes causes elevated blood sugar levels because of the insulin resistance or even a reduced ability of the body to secrete insulin. Silly as it sounds, coffee can actually solve this problem. It has been shown that regular coffee drinkers have an intensely reduced risk of type 2 Diabetes. In fact, researches have shown there is a 23-50% less risk of getting this disease if you drink coffee on a daily basis. One study even showed a possible reduction of 67%. And a daily cup of coffee is associated with up to a 7% reduced risk of this type of diabetes.

May Protect You from Alzheimer’s disease and Dementia

Coffee can even prevent some much worse diseases such as Alzheimer’s disease. It is currently known for being the most common neurodegenerative disease and also the leading cause of dementia all around the world. This condition mostly affects older people, usually those over 65, and sadly has no cure. That is why knowing how to protect yourself and prevent this disease from even occurring is very important. Other than those obvious factors such as eating healthy and exercising regularly, drinking coffee might be also a great way to prevent this disease. Coffee drinkers are shown to have around 65% lower risk of Alzheimer’s disease. So, drink up and stay healthy.

May Lower Your Risk of Parkinson’s

The second most common neurodegenerative disease, right behind Alzheimer’s, is Parkinson’s disease. And the cause of this condition is the decrease of dopamine-generating neurons in the human brain. There is no known cure for this disease either and that is why it’s so important to work on its prevention. Drinking coffee can also help in this case. In fact, regular coffee drinkers have a significantly lower risk of getting Parkinson’s disease in the first place. The risk reduction ranges somewhere between 32 and 60%. Caffeine comes in handy in this case since it produces dopamine in the human brain.

May Protect Your Liver

However, coffee is not only good for your brain, but for other organs as well. Your liver, which carries out many important functions, can have many benefits from coffee. Some major problematic diseases that affect the human body mainly target the liver. Some of them are diseases like hepatitis, fatty liver disease, and many others. Most of these diseases can cause cirrhosis which means that your liver gets largely replaced by scar tissue. However, this is where drinking coffee can be a life-saver. It has been proven that people who drink about four cups of coffee a day have an 80% lower risk of getting any of these diseases. Drinking coffee regularly can even protect you against cirrhosis.

Can Improve Energy Levels and Make You Smarter

Coffee can also have an amazing impact on your energy and overall brain function. It can reduce tiredness and increase your energy levels. The main reason why is because it contains a strong stimulant, caffeine, the most commonly consumed psychoactive substance in the world. When you drink coffee, your bloodstream absorbs all of that caffeine and then directs it to travel towards your brain. When it arrives in your brain, caffeine blocks the inhibitory neurotransmitter called adenosine. Once this occurs, other hormone levels such as norepinephrine and dopamine increase. In return, the firing of neurons gets fully enhanced. This means that your brain is, in a way fuelled to work better and with more energy when you drink coffee. Drinking coffee on a daily basis can, therefore, improve several aspects of your brain function, including memory, vigilance, energy levels, reaction times, mood, and other mental functions, thus improving your productivity. For example, this is why drinking coffee at work can significantly help you progress in your daily tasks. Incorporating high-quality Lavazza coffee machines can ensure that your employees are getting enough caffeine in order to stay healthy, productive and motivated to work.

Can Fight Depression and Make You Happier

Among many mental disorders, depression seems to be the most common one, and also the one which affects the quality of life the most. As a matter of fact, it’s so common that up to 4.1% of people in the USA have the diagnosis of clinical depression. A study published by Harvard in 2011, it has been shown that women who drink four or more cups of coffee a day have a much lower risk, even u to 20%, of suffering from depression. There is another study that also confirmed that drinking coffee regularly can significantly reduce the risk of having suicidal thoughts.

May Lower Risk of Certain Types of Cancer

One of the world’s leading causes of death is cancer, which is characterized with the uncontrolled growth of cells in the human body.  Coffee appears to have great benefits in this case and can be very protective against two types of cancer in particular, both of which are very high at the rank list of leading causes of cancer death – liver and colorectal cancer. Drinking coffee can reduce the risk of liver cancer by up to 40%. Similar to that, people who drink coffee daily have a significantly reduced risk of getting colorectal cancer.

Doesn’t Cause Heart Disease and May Lower Stroke Risk

It is often claimed that drinking coffee can be bad for the blood pressure since it increases it. Now, this is true, but since the rise is only about 3-4 mm/Hg, the effects aren’t that big and can’t cause any harm. However, if you drink too much coffee and already have elevated blood pressure, it may persist so be careful. However, studied have there is no correlation between drinking coffee and raised risk of heart diseases. In fact, it has even been proven that women who drink coffee daily have a reduced risk of getting any heart diseases. There is even proof that coffee can reduce the risk of having a stroke.

May Help You Live Longer

Since drinking coffee can reduce the likelihood of having many of these above-mentioned diseases, it’s only logical that as a result drinking coffee can help you extend your life expectancy. Coffee drinkers, in fact, have a lower risk of early death. This can especially be very effective for people who suffer from type 2 Diabetes. One study showed that people with diabetes who drink coffee daily have a 30% lower risk of early death.

The Biggest Source of Antioxidants in the Western Diet

Lastly, for people who decide to start a standard Western diet, coffee can actually be the healthiest part of that diet. The reason why is because coffee has a very high concentration of antioxidants which are very healthy for the human body. Consuming more antioxidants in your daily diet has many benefits for your body. And it has been shown that coffee can provide even more antioxidants than fruits and vegetables do. So, this being considered, coffee might, in fact, be the healthiest beverage on Earth.

All things considered, drinking coffee regularly comes with many great benefits. Not only can it improve your overall physical and mental health, but it can also protect you from many fatal diseases.

How to Create an Instagram-Worthy Outfit