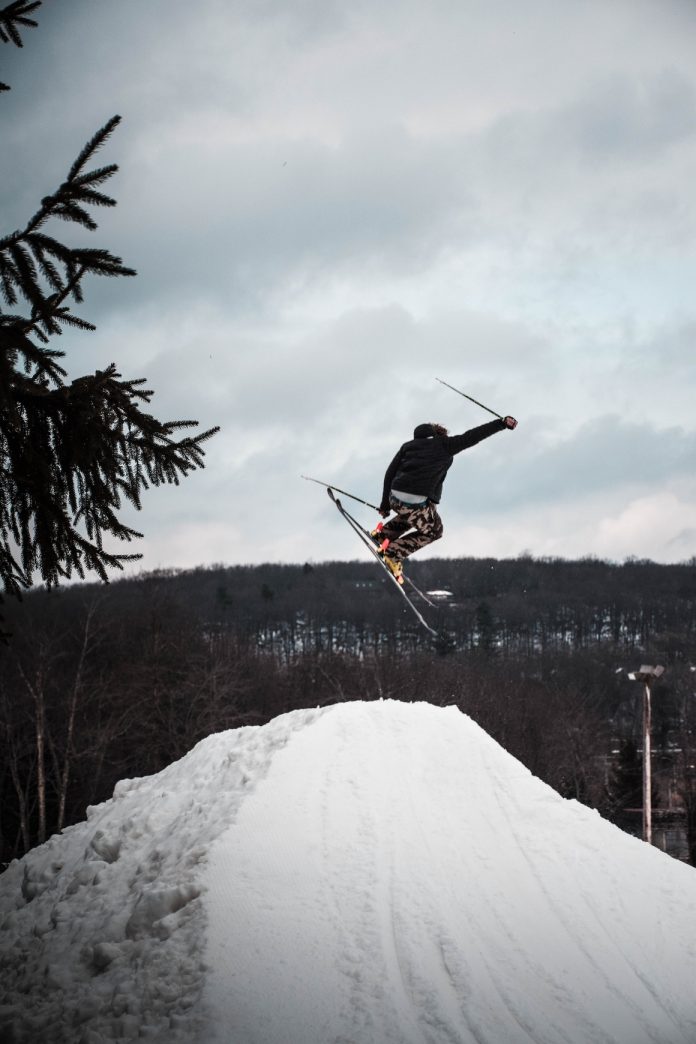 If you find yourself often repeating the sentence: ’Finally – winter is coming again,’ chances are that you’re one of many ski-bums, powder-hounds or whatever they like to call the people who would spend their last dime just to get a quick snow fix. (Or maybe you’re just another Game of Thrones fan.)

But don’t worry, you’re among friends here. We know exactly how you feel and we’re fully aware of the importance and a burning desire to chase that  endless winter. No judgments or awkward looks hither, as we give you some of the best and coolest (sic!) places to ski and snowboard in New Zealand.

Cardrona is one of the top destinations when it comes to skiing and snowboarding in New Zealand. It’s probably the safest bet out there, as it really offers an all-around experience for all kinds of fellow winter aficionados. Cardrona is tucked in between Queenstown and Wanaka and is also the most popular destination.

Although there isn’t that much snow in Cardrona, and you won’t be too thrilled and content if you like thigh-deep snow, it’s still a really nice place to visit with your friends and family. It’s also a super child-friendly, so the kids will have their fair share of winter delights as well.

But even if you’re an advanced rider, you won’t miss out on anything, as there are definitely some place where you can show off your skills. For instance, the Tulips and Captain’s Area will probably satisfy all your needs.

Like with any ski place out there, there are various pros and cons of Cardrona. There isn’t the perfect spot on earth that would fulfill everyone’s wishes and desires when it comes to skiing and snowboarding. The pros of Cardrona are that it offers a good variety of terrain, modern infrastructure, easy access and is one of the biggest terrain parks in New Zealand. The cons are that it has less snowfall than some other areas and resorts (good snowmaking makes a good substitute though), it is overcrowded at times and it can also be somewhat tricky to get there.

Treble Cone is another great place that you can opt for when picking a winter destination in New Zealand. If we compare it to Cardrona, the thing that stands out the most is probably the fact that it gets double the amount of snow (some five and a half meters). Treble Cone is a snowboarder’s paradise, as it has some of the best terrains on The South Island. The other pros are that it’s the biggest ski-field out there, covering around 1300 acres. It also has the highest proportion of black runs in The South Island. Almost half of the terrain is fitting and appropriate for advanced riders, which is a piece of information that you can put in both categories: you can count it both as an advantage and disadvantage at the same time, depending on your preferences and skillset. Treble Cone is easy to get to (it’s a 30-minute drive from Wanaka and a 90-minute drive from Queenstown), but it has relatively expensive lift tickets, on the other hand.

We should also mention that you can enjoy the beautiful views of Lake Wanaka and Mt. Aspiring here.

We went from beginner-friendly Cardrona to intermediate and advanced terrains of Treble Cone and we got to probably the most challenging Kiwi ski field of all – Craigieburn. It is placed in the Canterbury region of The South Island. Craigieburn is a mecca for advanced skiers and snowboarders. Even the locals say that it’s: steep, deep and cheap. You can’t really ask for much more if you are only interested in enjoying the snow. You won’t find any fancy day-trippers here, as the glitz and glamour of Queenstown usually pass by Craigieburn.

With incredible snow, no throng and swarm, and low cost, you might be thinking that there aren’t any cons. But the other side of the coin says that it has only three rope tows, no grooming and of course a very limited beginner terrain.

Truthfully speaking, all these disadvantages that we’re mentioning here are really nitpicking over tiny details. Without all the unnecessary fussy fault-finding, the bottom line is this: if you like good powder, skiing in New Zealand will give you an unforgettable and extraordinary experience overall!

But as far as snowboarding goes, the resort offers three great snow parks that are very well maintained. People with different skillset and snow mileage behind them can enjoy The Remarkables. And although this place is probably better suited for intermediate and advanced snowboarders, there are wide runs that provide plenty of scopes for beginners to practice.

The pros would have to include a variety of hike-to terrain, the fact that the resort itself is more family-oriented and friendly than some other places (like Treble Cone, for instance). The resort also has a somewhat reliable snowfall and it’s easy to access (30-minute drive from Queenstown airport).

The relatively small ski area, exposure to wind and not exactly being cheap would have to count as disadvantages of this particular skiing and snowboarding resort.

Mt Hutt has been officially crowned as New Zealand’s Best Ski Resort multiple times in a row for a good reason. It’s located some 90 minutes away from Christchurch, in the Canterbury region. Mt Hutt offers outstanding snow conditions, and it also offers one of the longest snow seasons in New Zealand. These two things alone are enough to put Mt Hutt in the race for one of the top destinations to travel to in the wintertime.

One of the clear disadvantages would have to be strong winds that earn this place a nickname ’Mt Shutt’. Even though these bad weather conditions can be quite frustrating – after a dump of snow everything becomes breathtaking and magnificent again. If you go out there and lay down some fresh tracks, there’s no doubt that you’ll have a great time that will make you forget all about the previous weather conditions.

Turoa is the living proof that The North Island also has something to offer when it comes to skiing and snowboarding. Turoa is placed on the south-western flank of Mount Ruapehu, which also happens to be the most active volcano in New Zealand.

As far as the terrain goes – we should note that you most definitely won’t get bored here since the terrain is varied. If you’re looking for an adventure, this is a good place to be. Gullies and clips to drop into and off – check. Long, beautifully groomed runs – check. Natural half-pipes – check. A four-kilometer groomer that won’t make you regret skipping a leg workout at the gym – check.

We are staying on The North Island. If there are any Lord of the Rings fans out there, this is the place you want to pay special attention to: Mt Ruapehu was used for filming Mordor. The north-western slopes of Mt Ruapehu are the place where Whakapa is also located. Whakapapa is often times called Turoa’s little sister and it’s the only other active volcano there. It has a ski field that covers the area of 550ha. But that’s not as nearly spectacular as the fact that you’re actually skiing down an active volcano! How cool (or hot) is that?

Those were some of the best places to ski and snowboard in New Zealand, based on our humble opinion. This list is by no means conclusive, but we’ve tried to cover different grounds and areas here. We wanted to give insight into skiing and snowboarding terrains that are suitable for beginners, intermediate and advanced riders. We wanted to give you the pros and cons of all the places that we’ve mentioned – Cardrona, Treble Cone, Craigieburn, The Remarkables, Mt Hutt, Turoa, Whakapapa. But we are also fully aware of the fact that you can’t miss whichever option you choose to pick eventually – you’ll have the time of your life in virtually any of these aforementioned places. On top of this, we also wanted to mention the ski resorts and places on both islands, as we truly think that both have so much to offer to skiers, snowboarders and general winter lovers and enthusiasts all around the globe.

What to pack for your trip to the French Riviera