Search
My account
Get into your account.
LoginRegister
Plans
Home Aging With Monica Monica's Beauty Journal Are you wearing too much makeup? 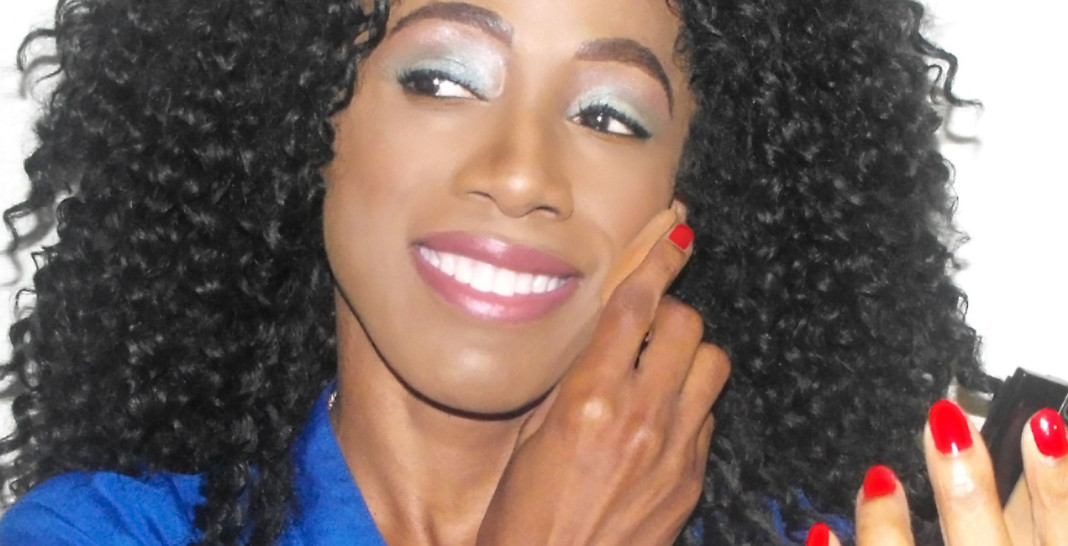 I used to wear a lot of makeup when I was a teenager and when I was in my early twenties. I had never taken the time to learn how to apply make-up then. I used to just slather my face in foundation that was way too light a shade for my complexion. Then I would cake on powder that was also too light, apply an excessive amount of mascara, over-blacken my eyebrows (using mascara), over-line my lower and upper eye-lids with black liner, and finish the fiasco with bright red lipstick. Can you picture it? But I used to think I looked so gorgeous. You couldn’t stop me painting on that face.

I can remember a handful of occasions having virtual strangers on the street pass by me and comment that I was wearing too much makeup.

I say sort of because, while I was probably wearing too much product, the real problem was that I was using the wrong shade of foundation and powder. But in my defense, they were the only foundation and powder to which I had access my first years wearing make-up. They belonged to my mother. I imagine the reason she was using foundation and powder that were intended for women with beige complexions was that there were no shades available for women with brown complexions when she started wearing make-up. And even if such shades existed when I was fifteen she was probably so long accustomed to using the too-light shade that it never occurred to her to seek out a more suitable shade.

These days I’m probably still not using the exactly right shade foundation and powder for my complexion (it’s hard to find the exact right shade). But at least I am using shades that were created for girls with brown skin. And I still don’t know how to apply make-up; but I’m trying to learn some new techniques. 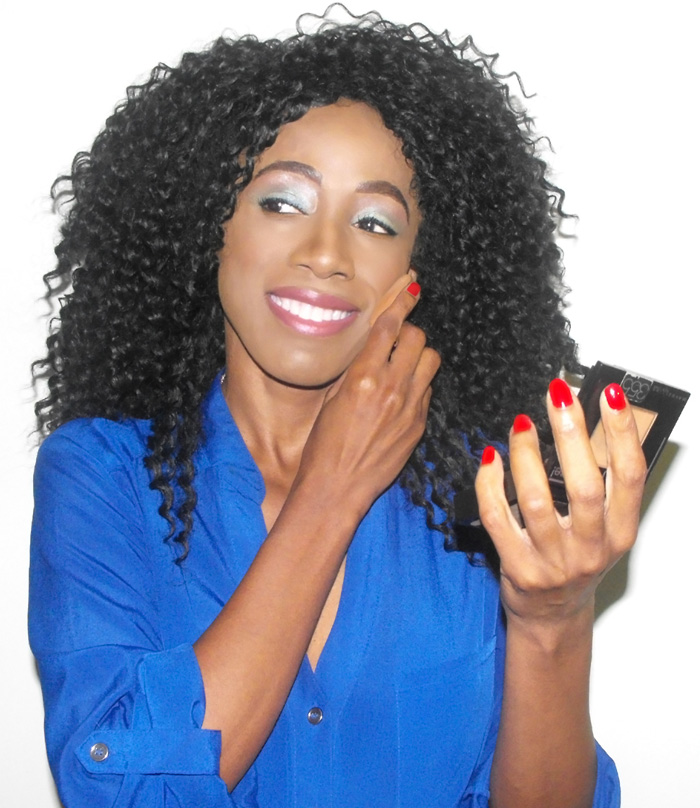 I painted up my face yesterday just for fun and practice. I don’t wear make-up except for when I want to take pictures or when I’m going to be in the company of people around whom I feel self conscious about my looks. If I’m taking pictures every day then I’m putting on make-up every day. If I’m not taking pictures I’m not putting on any make-up at all. Sometimes even when I’m taking pictures, I hate the tedium of applying make-up so much that I’ll take the pictures without make-up and apply the make-up using software.

When I do wear make-up I probably still wear too much just because my application techniques are the same as they ever were.  I’m pretty heavy-handed with foundation because I need the coverage. I have a lot of dark spots to cover. I guess that would be where the right concealer would come in.

Like I said, yesterday’s session was for fun and practice. I practiced doing my brows and applying eye shadow. I still have a looong way to go with both; but my brow work is getting better. I just have to get it to where one brow isn’t thicker than the other and they both have the same shape. I also need to get the proper tools to do them. I’m all about the quickest and easiest way. I see tutorials where girls go through some serious steps to achieve the perfect brow. I don’t have the patience for that. I outline mine with concealer and fill them in with powder.

Don’t ask me what I’m doing with the eye shadow because I have no idea. That one is so involved and it seems like there’s no easy way to get great results. You have to learn the techniques. Who has time to learn eye shadow application techniques? But I’ll keep checking out the tutorials and maybe something will click.

I’m an average girl. I like myself just fine without the make-up and the wigs and all that; but I live in a world where average girls are ignored and overlooked. I started wearing make-up because I was being overlooked and that was difficult for me to accept as a teenager. I always thought I looked perfectly fine just the way that I was. And I still think so. But I realized a long time ago that it’s only when I wear make-up that people notice me. I realized this when I was a teenager after I started wearing makeup. So in my teens and twenties I wore make-up all the time. I even slept in it because I didn’t want to be seen with my face undone, even by my family. I definitely had a complex. Because with make-up on there were people who thought I was a beautiful girl. But without make-up they didn’t think I was anything. Naturally I wanted to be beautiful. What girl doesn’t? So I couldn’t let people who had seen me “beautiful” ever see me without make-up.

These days I’m not around the same people. So I am able to get away with not wearing make-up and fake hair even to go out in public (something I could not have done in the past). I have to admit that when I’m around the people who were part of that time in my life, I do still try to cover up with makeup. There are people I don’t yet have the courage to allow to see me without make-up. It’s a matter of protecting myself. Because I’ve learned from my many years trying to live up to the image I created the first time I put makeup on my face hoping I could get boys to notice me, that most people do value you based on your looks. And some of the people who have been interested in me only because of my made-up look, would have had no interest in me whatsoever if they had first seen me without makeup on.

But all of that aside, I love myself the way that I am; but that doesn’t mean I can’t also like the way that I look with make-up on. I enjoy getting made-up and taking pictures pretending I’m a model. Why not? No one let me model when I wanted to back when I was a teenager. Nowadays anyone can do anything. And I can pretend model if I want to. It’s my life and I’m going to have as much fun as I possibly can with it doing things that make me happy, however trivial or vain they may be.

Like it says in the theme song from One Day at A Time “this is it…this is life, the one you get. So go and have a ball!”