So I purchased a white shirtdress from Fashionnova recently. The exact product name: Gone Away Poplin Shirt Dress $21.99 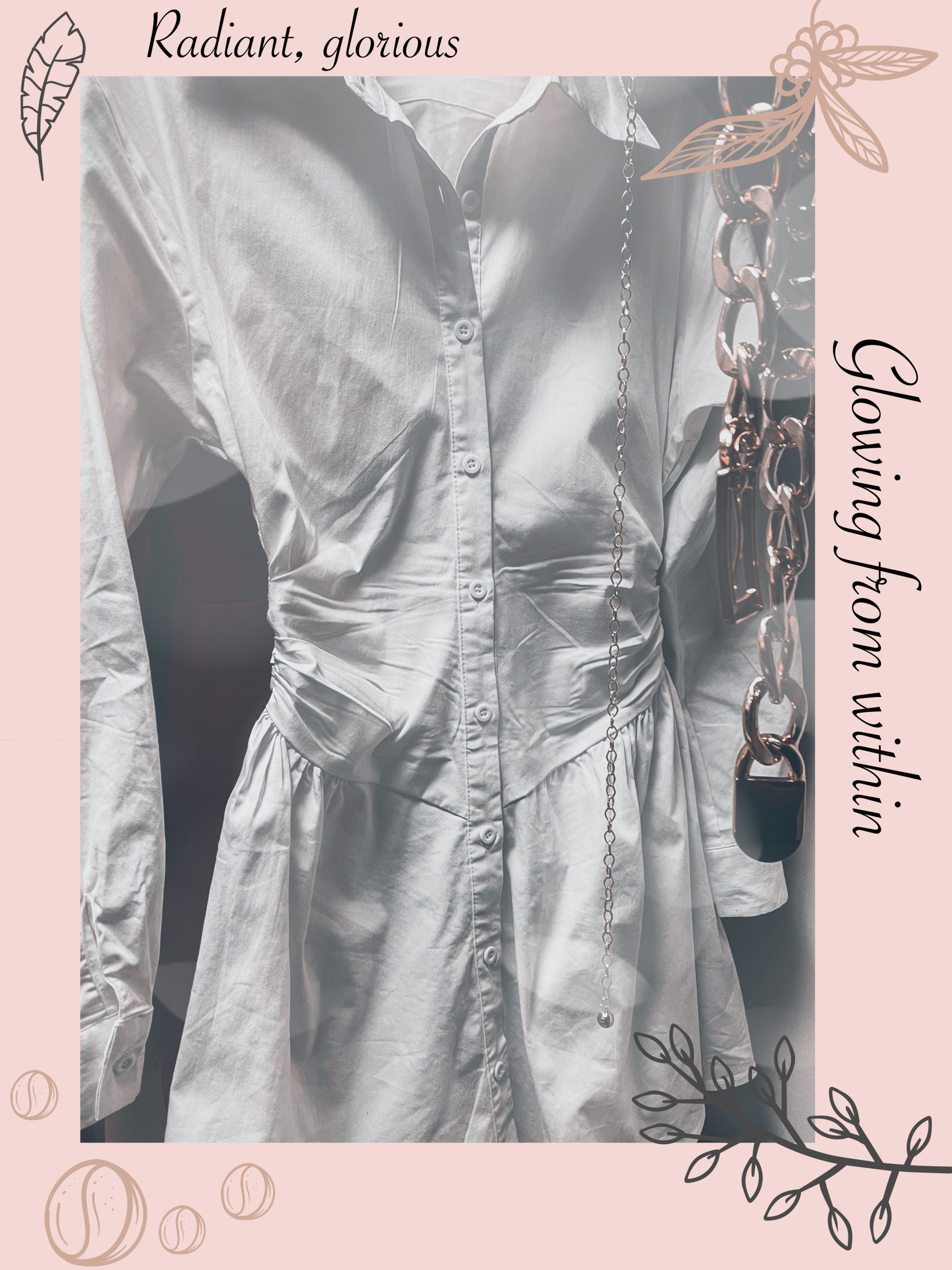 I chose it for a pretend photo shoot yesterday and styled it with a pair of boots that I purchased from shopAkira.com for $20. The boots were on sale. The original price was $99, but it’s one of those cases where, to me, I don’t see where the boots are worthy of a $99 price tag.

The Boots: AZALEA WANG MORE THAN JUST THE NIGHT STILETTO BOOT IN BLACK 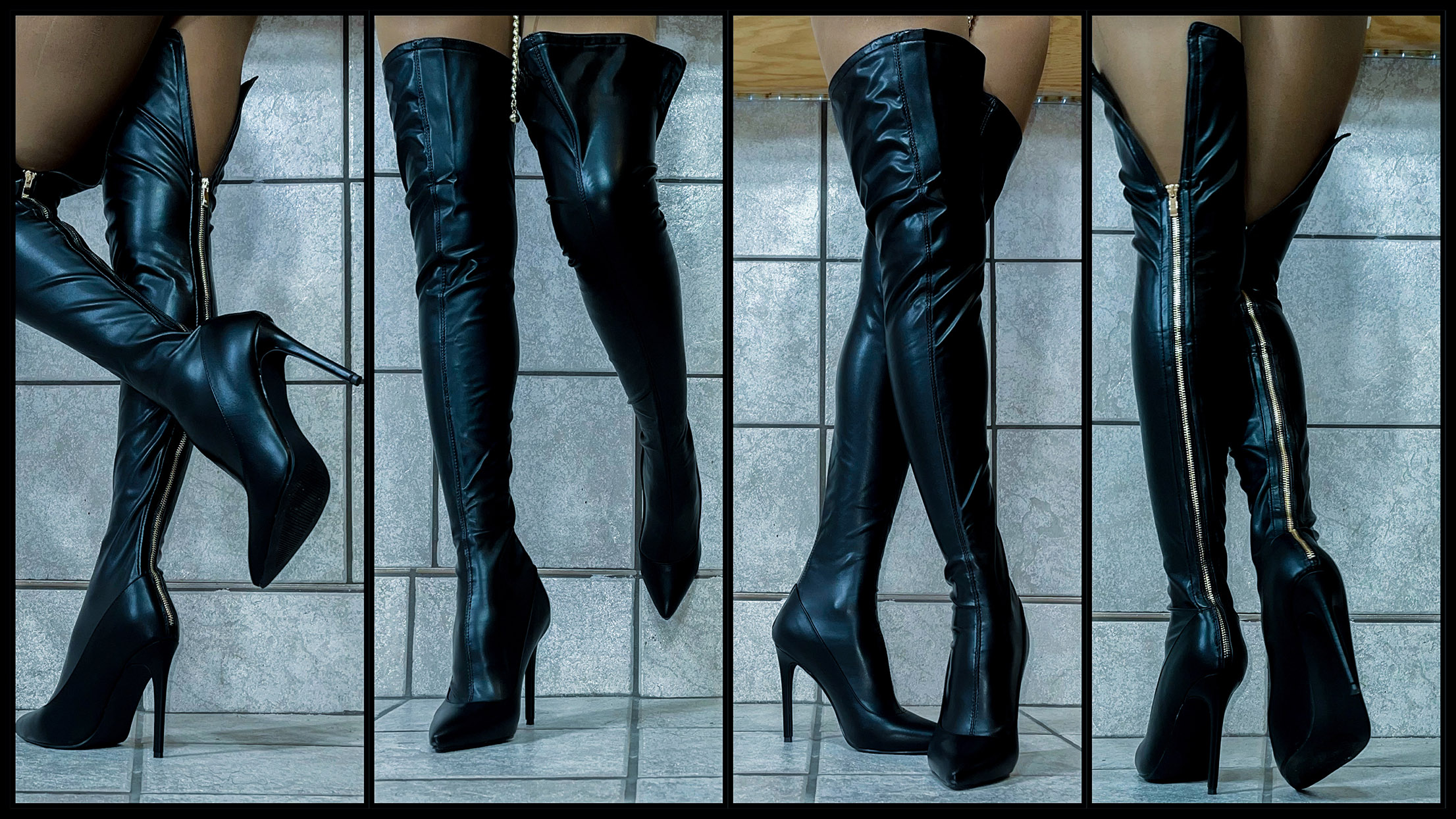 I did learn an important lesson from purchasing these boots. When something that has a $99 price tag is on sale for $20, there’s a reason and it’s usually that it’s not in the best ever condition. The boots were a hot mess in that the top part just kept flopping over. And these are not boots that you can still wear even if they are slouching or flopping over because the inside material is not meant to be seen. So, as I was forced to do with the other very similar pair of Azalea Wang boots featured in the post “Before you buy those black over the knee stretchy vegan leather thigh high boots“, I had to sew on some straps to create a fastening device so I could keep the boots from flopping over. 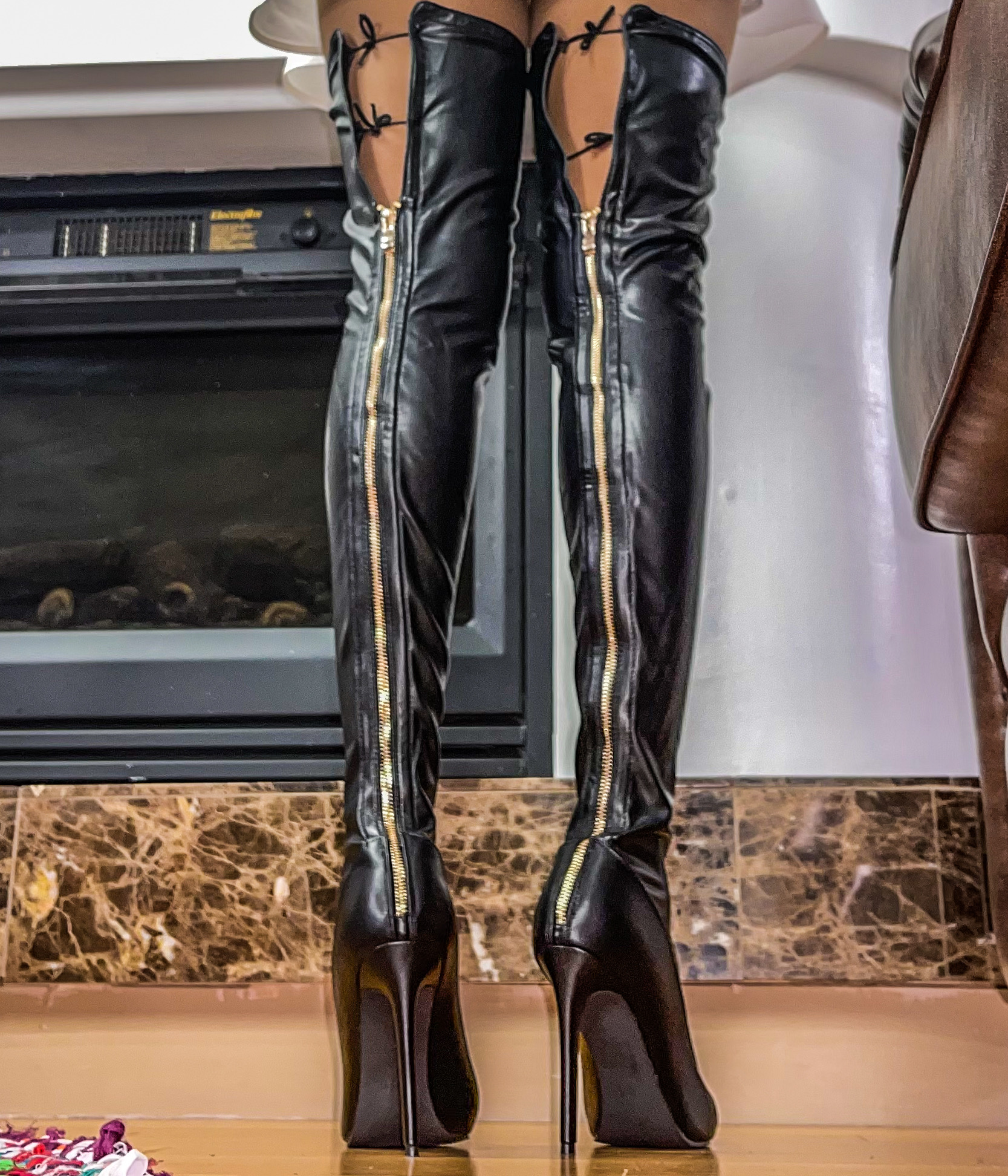 So I styled the Fashionnova white shirt dress with these black thigh high over the knee boots. I added a broad black faux leather belt which would have looked better had the shirt dress not been designed with the band in the back.

Unfortunately the belt did not fully cover the band and so it looked a wee bit unsightly. But I wanted to wear a broad black belt with the dress. 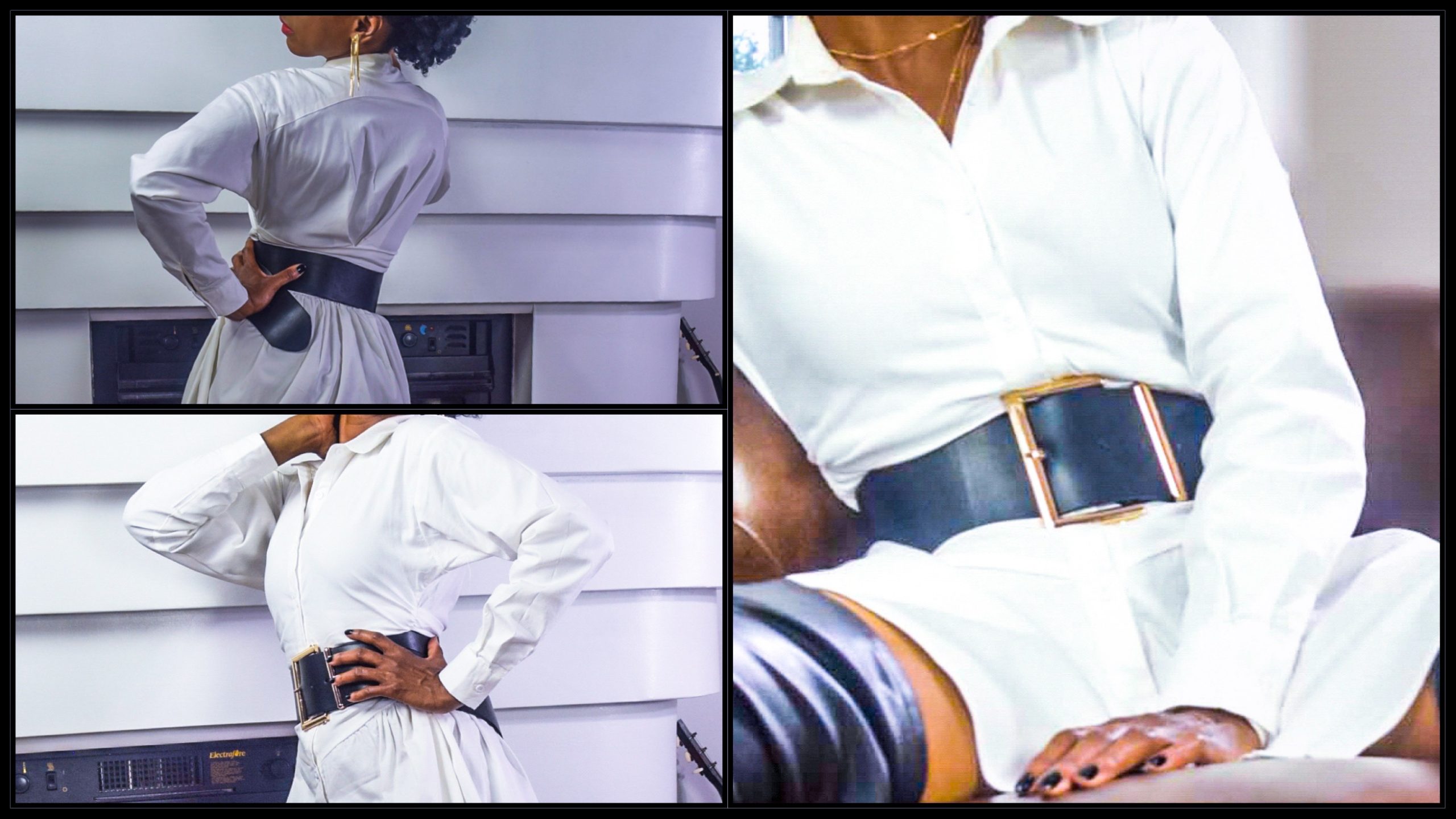 The belt: Fashionnova On A New Level Wide Belt – Black $5.99

To complete the look I added some gold-look costume necklaces. And I painted my nails because it’s hard to always be trying to hide my fingers so no one will notice I didn’t paint my nails. I don’t generally wear near polish because I can never keep the polish on. I always scrape it off with my teeth in a nervous habit. Not to mention I always manage to mess it up before it dries because I can never keep my hands still long enough.

So, this is my take on how to wear a white shirt dress with black thigh high boots. 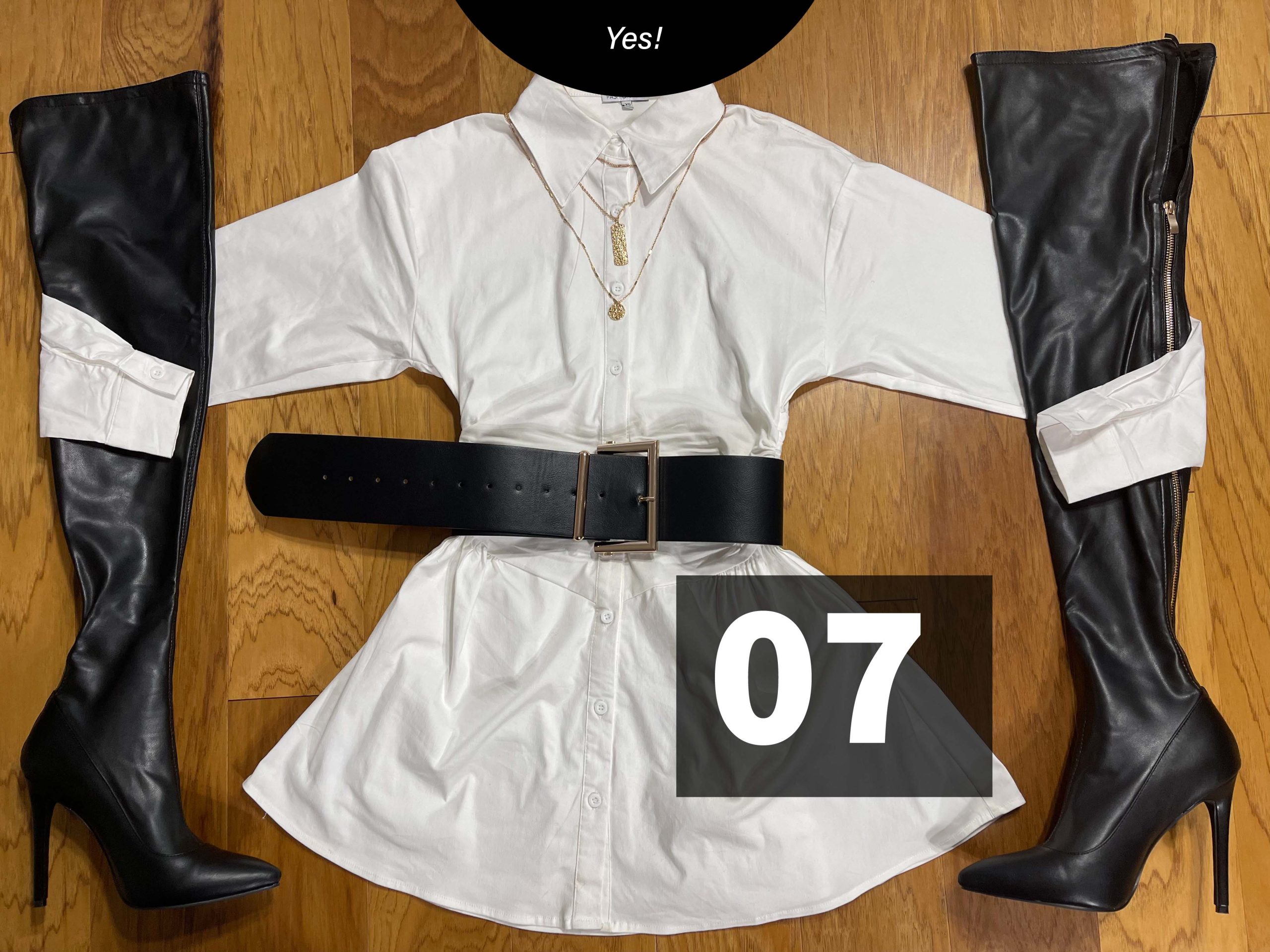 If you can’t see the video of the outfit below, click the button to watch it on YouTube.