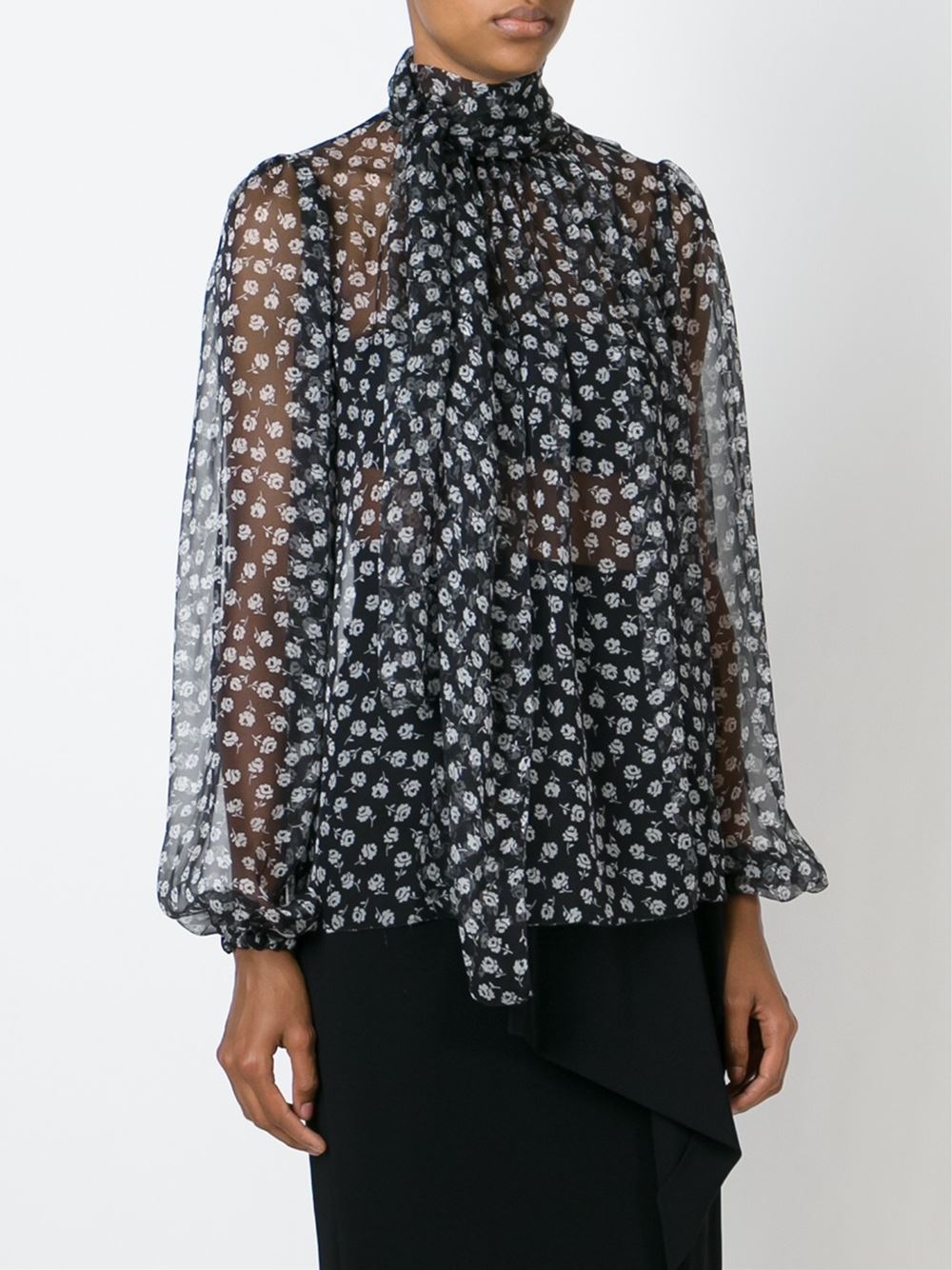 Should you wear a sheer blouse to work?

It’s true that opinions are split on this question. Should you wear a sheer blouse to work? Is it appropriate office attire? The above outfit hardly looks like anything that should offend anyone’s senses. The model looks appropriately attired for the office. If her top wasn’t sheer no one would be bothered by her outfit. So why should she be deemed inappropriately dressed just because the top is sheer? It’s not as if she’s walking around bra-less practically flashing everybody.

But let’s be honest…

It’s not generally considered appropriate for a woman to wear something to work that is very sexy. This is where you get the divided points of view. Because to some people the above look isn’t a sexy look. They don’t automatically equate visible skin with sex. But other people will regard the act of wearing a sheer blouse as an attempt to be sexy and draw attention to yourself for reasons to do with generating sexual interest.

If someone showed up at the office dressed in just the bandeau bra the model is wearing under her sheer Dolce & Gabbana blouse (with the skirt of course), pretty much everyone would agree that she wasn’t appropriately dressed. Some people will think a sheer blouse is nearly the same as not wearing a blouse at all. So from some people’s point of view, the outfit above would be as inappropriate for work as if the model wasn’t wearing the blouse at all. It would be the same as if she showed up to work in just her bra.

Then you have to consider male attitude…

If you have men in the office, many men tend to regard women in sheer clothing as giving them a free peep show. Even while properly covered up with a bandeau bra underneath, a woman in a sheer blouse can still be considered a distraction. Of course she’s not responsible for the choices made by her male colleagues to be inappropriate in how they look at her because of her attire. At the end of the day she didn’t show up at the office wearing booty shorts and her bandeau bra with T & A hanging out. She was elegantly dressed in a Dolce & Gabbana sheer floral blouse with a lovely black pencil skirt and sensible shoes. She wasn’t flashing anybody. She wasn’t advertising her goods. She was just wearing a blouse with see through fabric–nothing more, nothing less.

So what are we saying exactly?

Is it okay or is it not okay to wear a sheer blouse to work?

We think it really depends on the environment at your place of work and whether or not the fact that you’re wearing a sheer blouse might cause a distraction. The distraction doesn’t have to only be about your male colleagues thinking you’re giving them a free peep show. It could also be a case of triggering gossip among your female colleagues who might think it’s not appropriate for a woman to wear a sheer blouse to work.

If there’s not likely to be any stirrings of talk about what you’re wearing and whether or not it’s appropriate, then by all means it’s okay to wear a sheer blouse to work. As you can see from the above photo, a sheer blouse can be combined with a nice pencil skirt to create a sophisticated office appropriate look.

Have a Question? Use the form below to ask us…

What can I wear with my black maxi skirt?