The reviews we’ve found for these boots range from awesome to cute but… Seems the boots might run a bit on the small side so some buyers who didn’t read the warnings from other buyers didn’t go up a size and ended up not happy with their purchase on account of the boots not being comfortable due to being too small.

So if you like the look of these boots and decide to buy them you might want to heed the warning of previous buyers and go up a size. Most of the reviewers we found around the various sites on the Internet where you can buy these boots seem to be in agreement that the boots are nice over all.


I got these boots as a gift and I am very happy with them. It’s not like I opened the box and was like (?)—what could this be? I gave specific instructions of designer name, style, color, and where-to-buy. I was debating between the MK Stockard and the Fulton styles, but based on customer feedback, I opted for the Stockard Riding Boot in Black/Mocha and I am so glad I did. I was a little worried about the logo being too ‘tacky’ but pictures don’t do justices to these boots. They are beautiful, material is awesome, and fit great my somewhat thin calves without slouching. At first when I saw the price, my eye started twitching… But oh well, they were a gift and a great one! 100% recommended :)(source link) 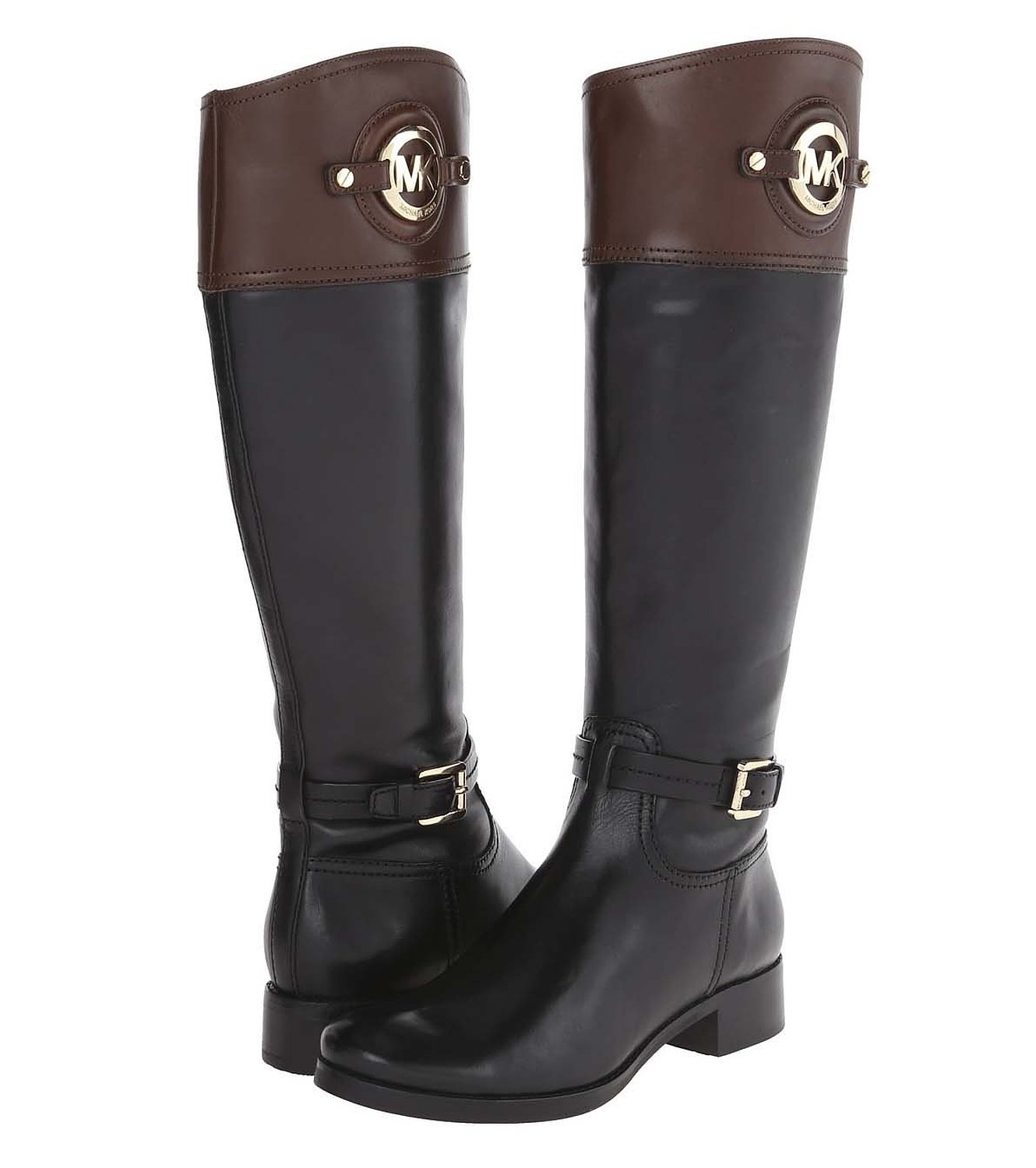 You can purchase the black/mocha Stockard riding boots via Amazon.com

I have been eyeing these boots since last winter, I just couldnt bring myself to spend that much $. My boyfriend just surprised me with these boots & they are BEAUTIFUL & even better than I imagined. So comfy, go with everything, & sooo pretty! I would suggest to go up a half size, i’m a 9.5 & he ordered a 10 & they fit perfect with boot socks. (source link)

Words customers have used to describe these boots include

We don’t actually own a pair of these boots yet. We’d love to get a pair in each of the above colors. But that would be costing us about $900. Probably closer to $1000 when you factor in tax and shipping etc. 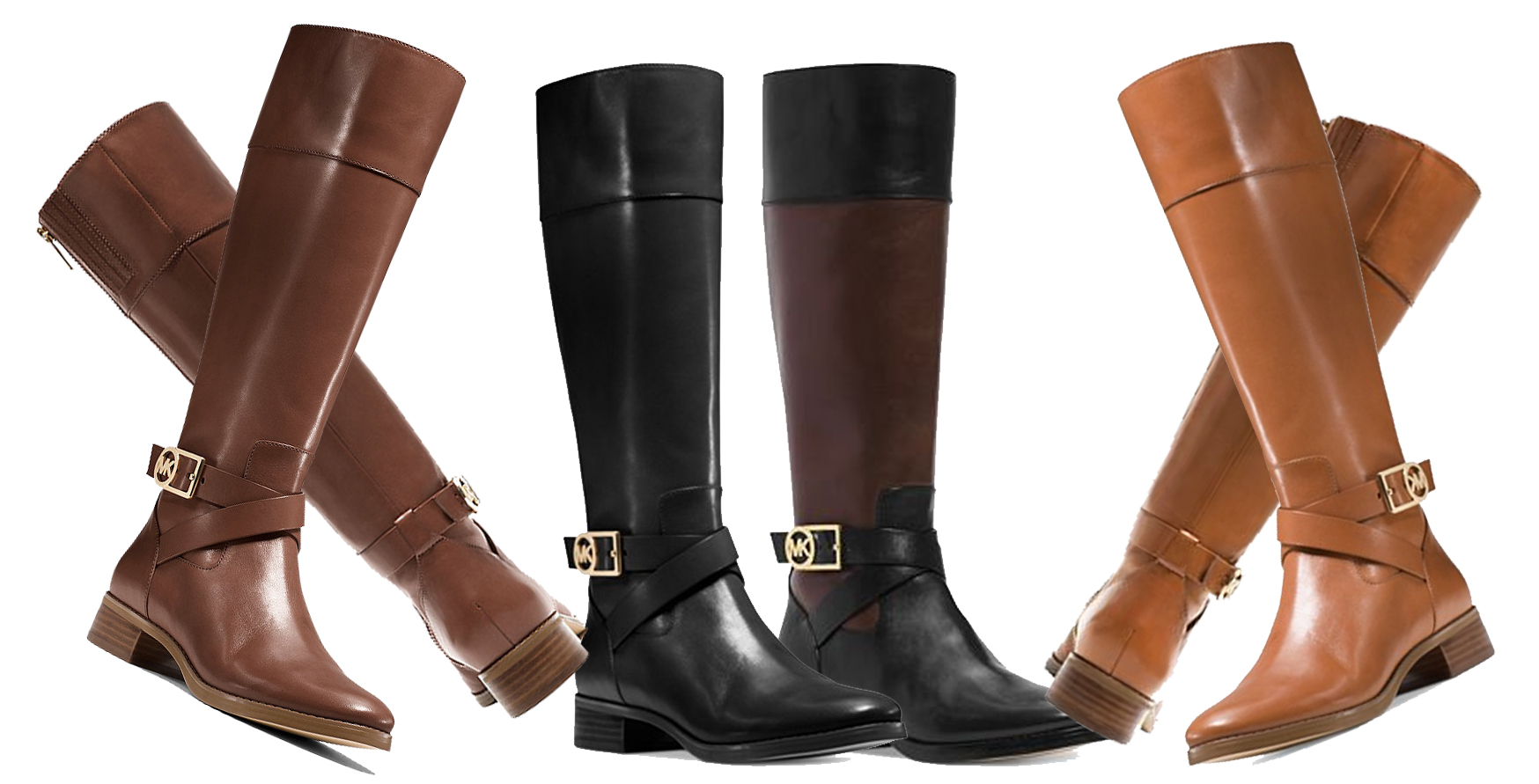 Via Macy’s you can pick up a pair of the Bryce Michael Kors knee high boots in black, luggage, mocha or black/mocha for $295.

Crisscross straps and an MK signature logo plaque add an extra dose of style to these round toe riding boots. Boots are made of Vachetta leather and have a 1 inch block heel. They are said to be “designed to last for seasons to come”.

Pick up a pair at: 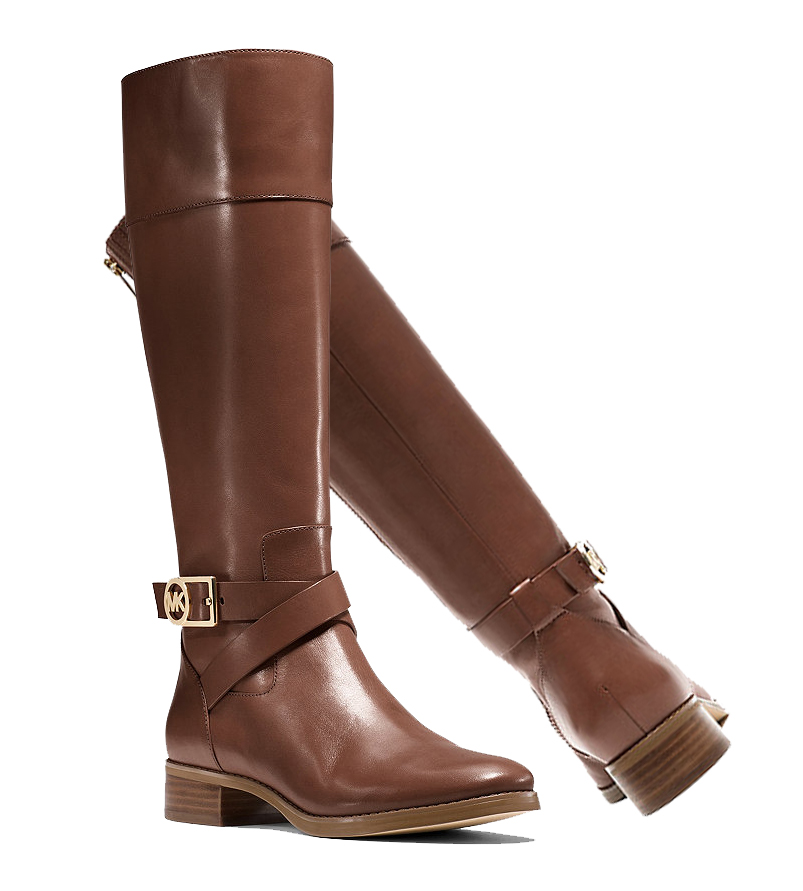 Via the designer’s website the Bryce boots are described as “equestrian-inspired” boots that will “carry you well into winter, making an understated, classic statement that’s chic and modern”.

Prefer your knee high boots to be spike-heeled stilettos?

You can purchase a pair of the Clara boots via Dillards. The price tag is $295.00 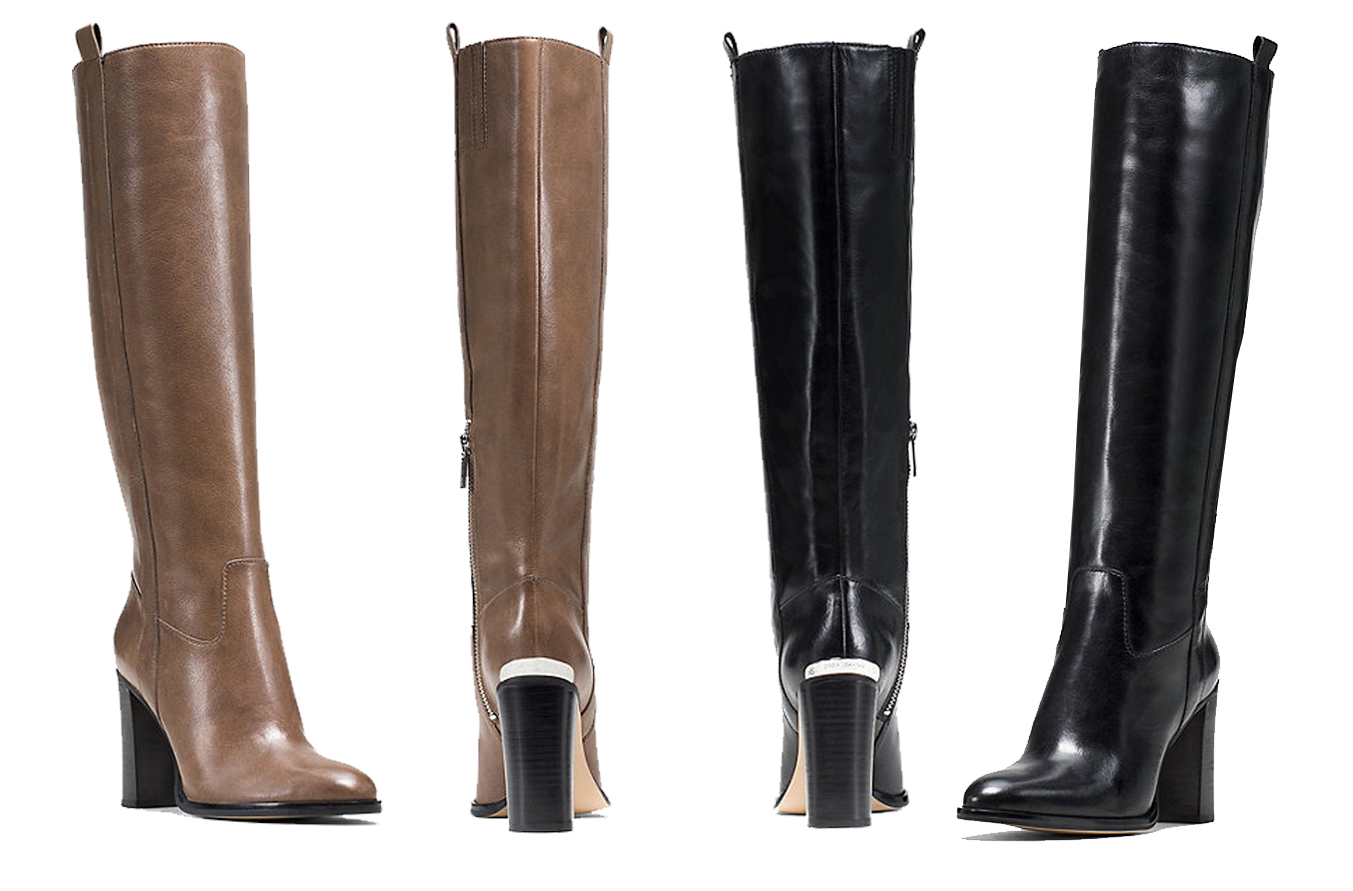 If you like a bit of a higher heel than is had on the Bryce boots and the Stockard boots, but stilleto heeled knee high boots are not your style, the Shaw Michael Kors Knee High Boots might fit your needs.

These 5 Oxford shoes for women