Bought some skirts on Amazon.com recently. Among the lot was a red and white polka dot skirt (found here) I paid $13.99 for the skirt. 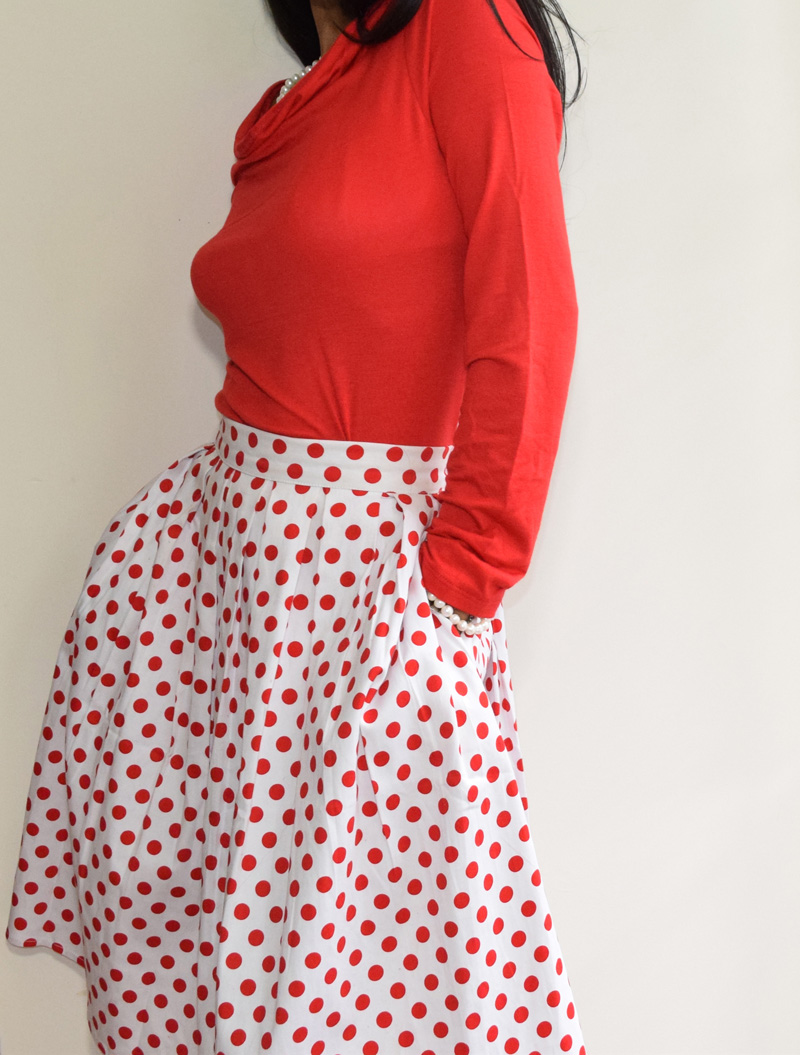 Here, I’ve styled the skirt with a red cowl neck style knit top that I also purchased from Amazon (here). I’ll write a review of the top in a separate post. 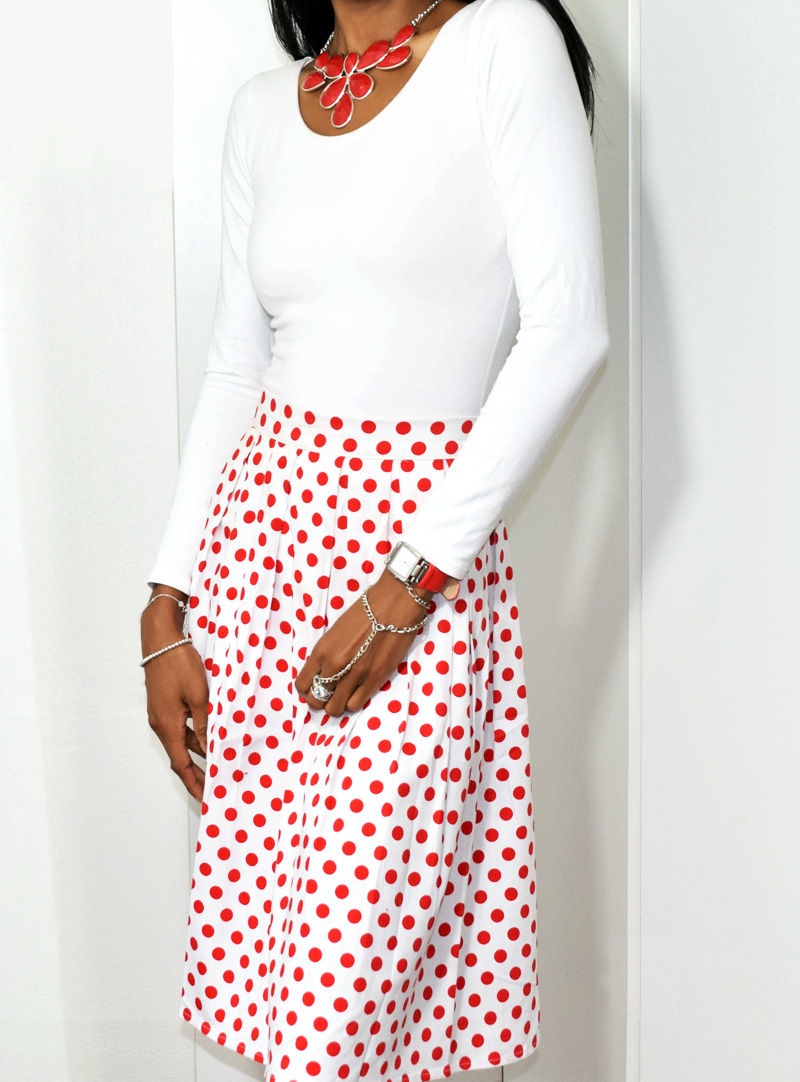 And here, I’ve styled it with a white leotard. But I would not actually wear this outfit out in public. Wearing a leotard by itself as a top isn’t something I was comfortable doing when I was a teenager and could get away with it. I’m not about to start doing it now that I’m older. 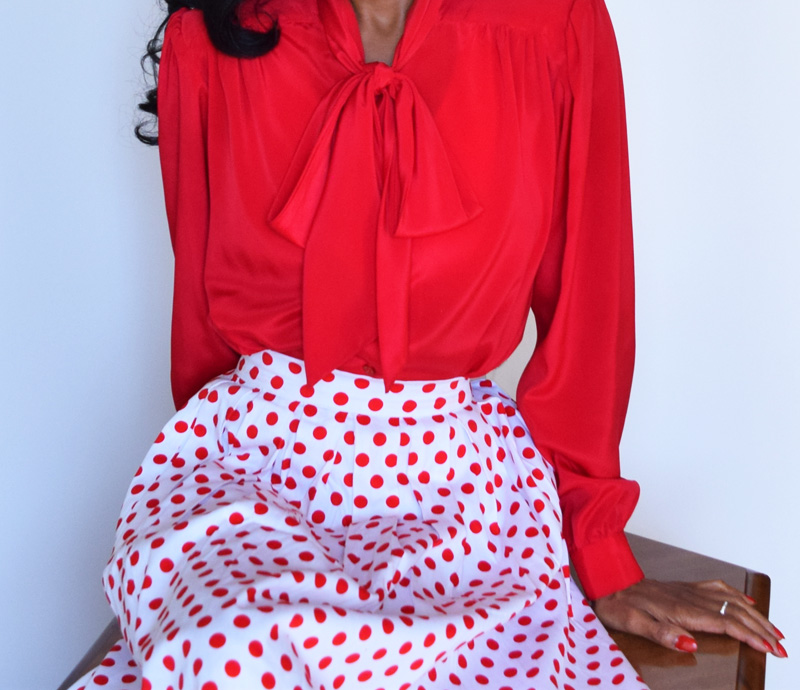 And here, I’ve styled it with a red bow tie blouse.

More about this red and white polka dot skirt

The skirt label reads Grace Karin. I bought a size small but the waist was quite a bit large so I had to use a safety pin to keep it up. The waist band doesn’t have any elasticity per se and it’s cut pretty wide.

The material isn’t the softest ever. Not sure what it’s made from as there’s no label with that information, but it feels like a basic cotton or basic cotton blended with some other material. It does wrinkle easily and it isn’t very easy to iron.

Overall it’s a decent skirt considering the price was just $13.99. If I ever manage to get it properly ironed I’ll venture to wear it out and about, probably with a basic white or basic red t-shirt and some canvas sneakers or flat sandals.