Angelina Jolie is featured on the November 2015 cover of Vogue magazine. The feature inside the magazine, written by Elizabeth Rubin, paints a picture of a woman whose incomparable beauty has afforded her an incredible life the rest of us don’t even bother to dream about. She is wealthy beyond our imagination. She is married to Brad Pitt. She has six children and the means to provide them remarkable life experiences. And of course she’s a UNHCR Goodwill Ambassador. She flies planes. She writes and directs films. She’s pretty much got it all.

We admit, after reading the Elizabeth Rubin piece that accompanies her November 2015 Vogue cover, we felt a tinge of disappointment that we had not been born with Angelina Jolie’s kind of beauty and with whatever that intrinsic quality she possesses that sets her apart not just from us ‘ordinary’ women, but even from other ‘beautiful’ women.

Angelina Jolie is a world renowned beauty. In her heyday she topped numerous “most beautiful women in the world” lists. She’s 40 now so she’s not really in the beauty conversation the way she used to be when she was younger. But for the most part people still agree she’s one of the most beautiful women to have ever walked the face of earth. 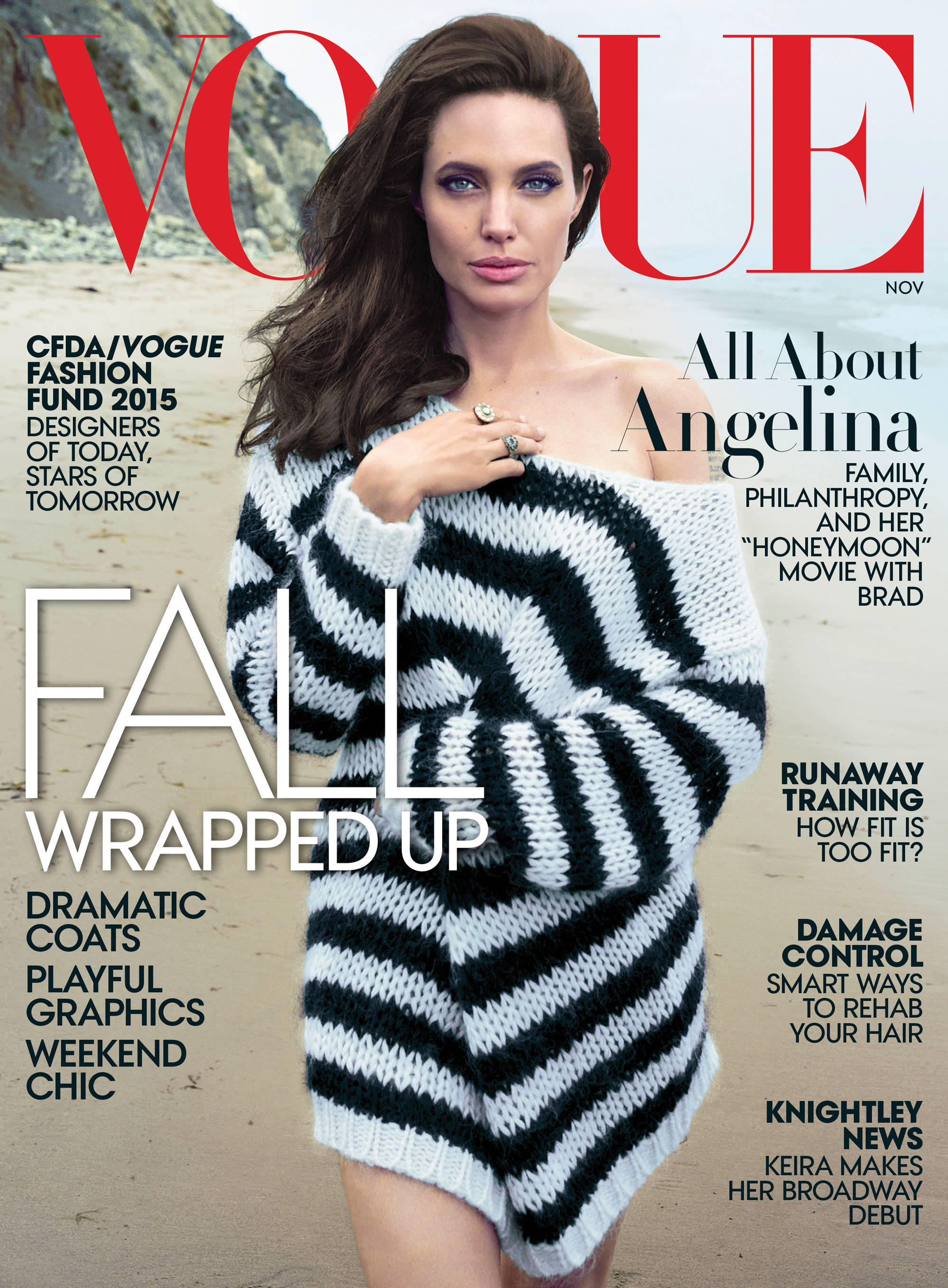 One person who does not happen to agree that Angelina Jolie is as beautiful as she has been acclaimed is current US Presidential hopeful Donald Trump.

In 2007, in an appearance on CNN Larry King Live, he commented that, while he’s not calling her an unattractive woman by any means, he does not consider her to be a great beauty.

Trump speaking: Angelina Jolie is sort of amazing because everyone thinks she’s like this great beauty. And I’m not saying she’s an unattractive woman, but she’s not beauty, by any stretch of the imagination. And now she’s like a representative of the United Nations and world peace on hunger and all of this crap.

And I remember at the Academy Awards a few years ago she was Frenching her brother. She was giving her brother lip kisses like I never saw before in my life. And she had just said she made love to Billy Bob Thornton in the back of the limousine on the way over. And I wouldn’t want to shake her hand, by the way. You know, you get back into the — I wouldn’t want to have shaken her hand. But she’s being interviewed and she’s all over the guy.

About three weeks later, he got caught cheating with about 15 different girls and she was gone. But she had just made love with him coming over to the Academy Awards.

KING: And it’s your opinion.

Do you think Angelina Jolie is beautiful?

What about his daughter Ivanka, do you think Ivanka Trump is more beautiful than Angelina Jolie?

Today’s all about multitasking! First, I’ll be visiting #NordstromVancouver to see my collection in their new flagship store. Later, I’ll be at #TrumpVancouver checking in on construction of our soon-to-open hotel (which is the gorgeous building right behind me!). Dress, bag & heels all #IvankaTrump — head to toe!

Not that it really matters. Why compare these women? Why compare women at all? Why place women into categories based on how their faces look or how their bodies are shaped? If the only thing that makes a woman worthy of attention is the way she looks then women might as well be statues.

We think it’s unfortunate that women have to be subjected to this kind of scrutiny. For all that Angelina Jolie had accomplished by 2007 when Donald Trump took the time to comment on whether or not he thinks she’s a great beauty, it’s pretty pathetic that a conversation about her was centered on whether or not she’s a great beauty. Either you think she is or you think she isn’t. Either way, does it really matter? Once that conversation is over what have you got?

Beauty treatments: when to DIY and when to see a pro

Can rice water really grow your hair 4 inches in 1 month?