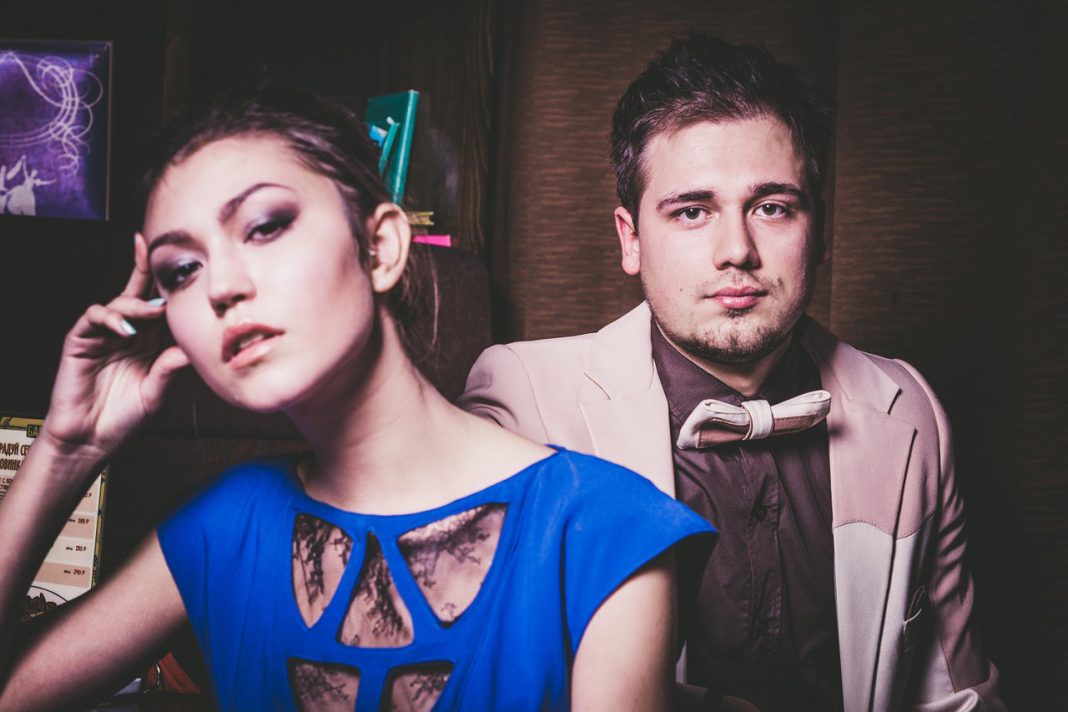 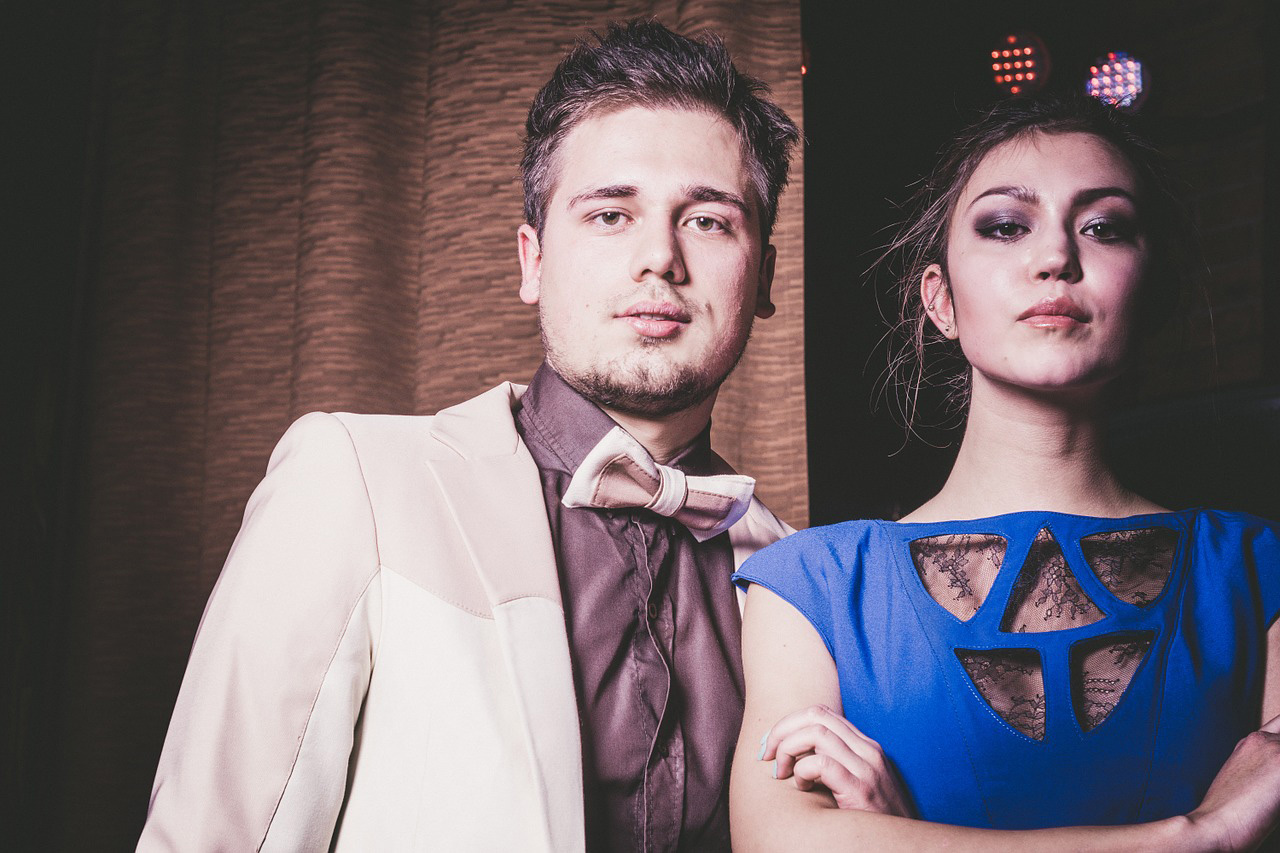 A woman in a blue dress. Who knows who she is and what’s her story? We don’t, but we can imagine a story for her. She’s annoyed with her boyfriend because she doesn’t like what he’s wearing. She has tried to convince him to change but he has refused. She’s insisting that she’s not leaving the house until he changes. And he’s insisting that he’s not changing because he sees nothing wrong with what he’s wearing. They go back and forth until she kicks off her shoes and throws down her bag and tells him go by himself to meet their friends for dinner if he wants. He makes the big mistake of actually doing just that. 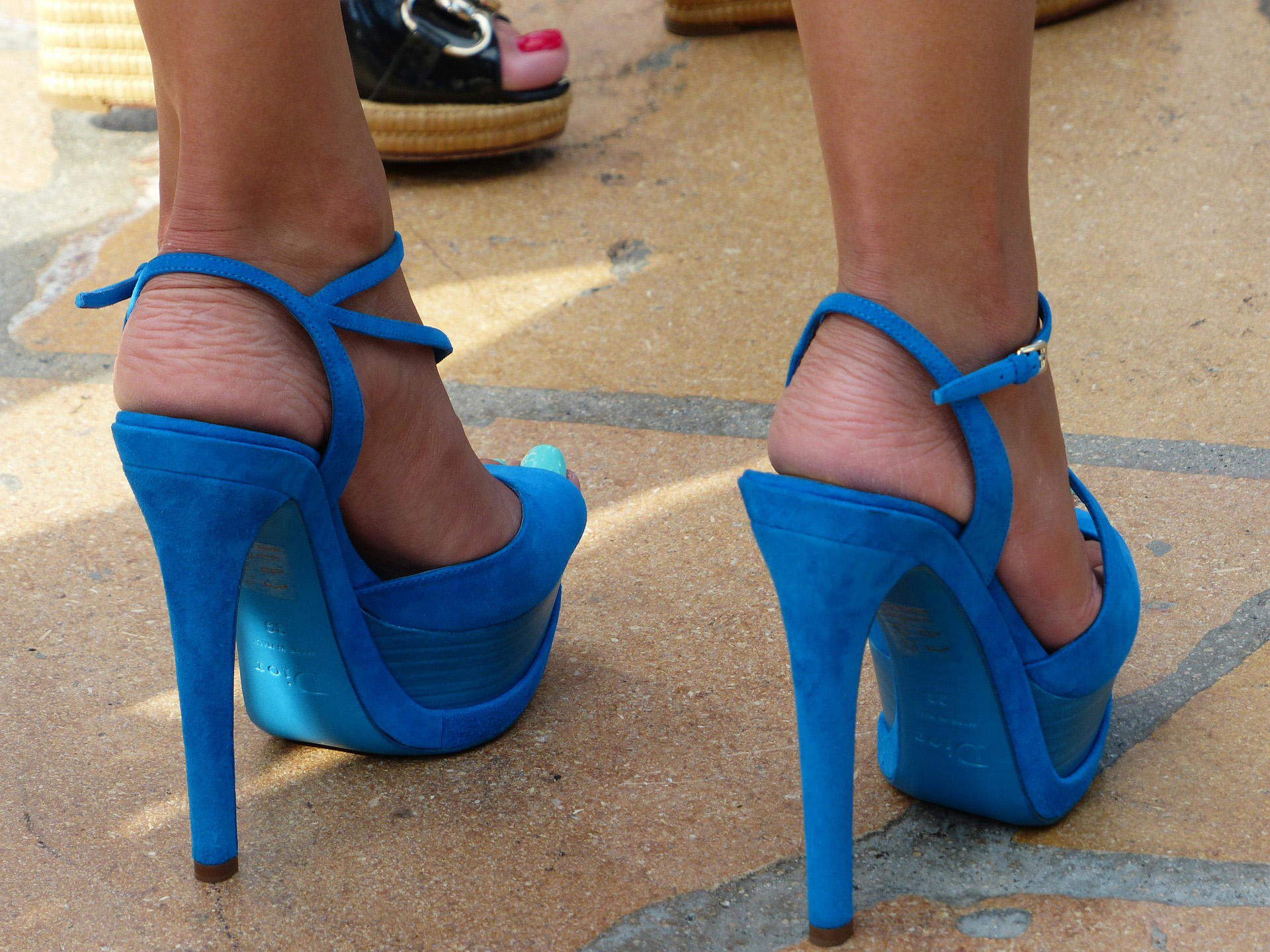 A lady’s feet in a pair of high heeled platform sandals. She’s got her toes painted turquoise blue. She appears to be standing around outdoors somewhere with at least one other lady. It looks like her shoes are from “Dior”. What might she be wearing with her blue suede Dior sandals? We’re guessing a short skirt or a pair of shorts in the same shade as her toenail polish with a fitted white blazer belted at the waist with a broad blue belt in the same shade as her shoes. And she’s carrying a turquoise designer handbag. 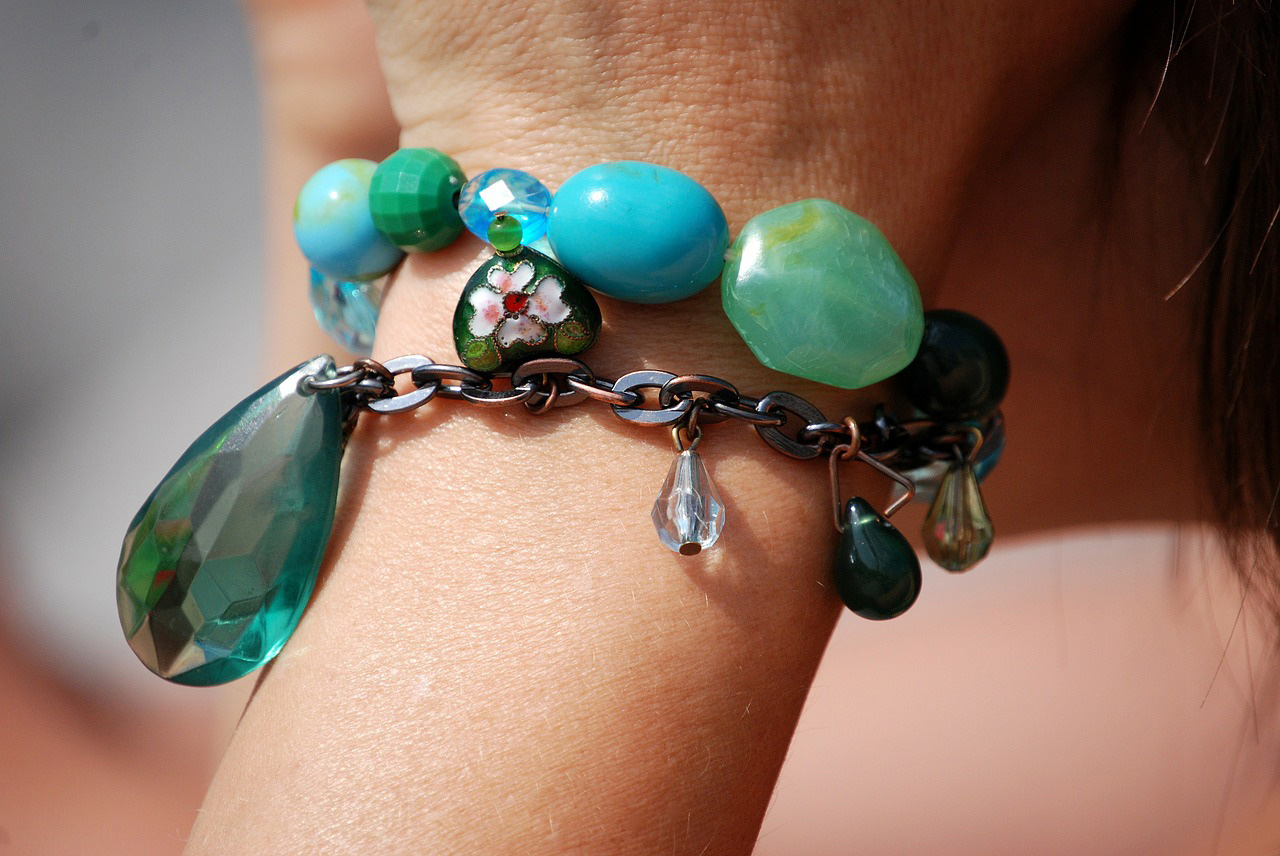 A girl wearing a charm bracelet with turquoise beads. Can’t tell if this is a little girl or a grown up. The bracelet looks a bit grown up for a little girl but the hand looks like it could be a little girl’s hand. 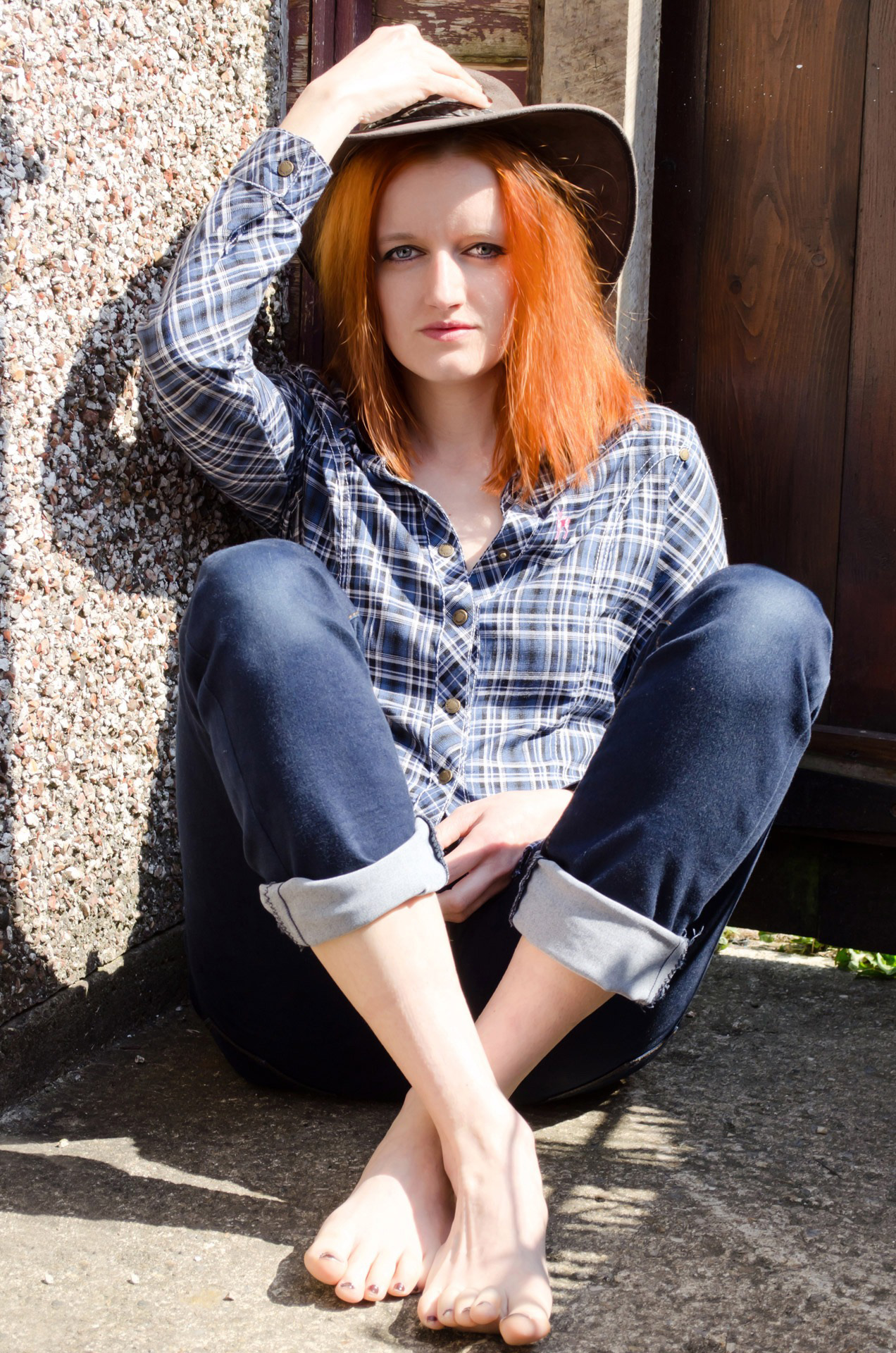 A barefoot redhead sitting on concrete wearing rolled up blue jeans and a blue plaid shirt. We imagine she has a camera set up on a tripod and she’s taking a picture of herself for her blog. But she’s really not in the mood. She’s been feeling some frustration lately because she’s not making the mind of money she expected to be making from her blog by this point. She doesn’t have as many twitter followers and facebook fans as she would like. Although she has a lot more than a lot of people, she really wants to reach in the hundreds of thousands like the top bloggers but it’s just not happening fast enough and she’s starting to think that maybe she can’t make a living off of a fashion blog after all. But she hasn’t done an update in a few days so she’s forcing herself to get this new set of pictures because she doesn’t want to risk losing fans and followers by failing to update her blog on a regular basis.