Is it no longer a rule that people must wear black to funerals?

We’re wondering if the rule that you can only wear black to funerals is now officially antiquated. No one likes to talk about funerals. It reminds us that life is temporary. It makes us fear losing the people we love. It makes us fear dying and leaving our loved ones behind to mourn us. But death will affect us all. Most of us will attend a funeral at least once in our lifetime.

Earlier this month there was a death in our editor-in-chief’s family.

Video of the funeral service and burial have prompted us to wonder if wearing all black to a funeral is now an outdated thing.

Most of the people who attended the funeral were casually dressed. At least one young man was spotted wearing sneakers, a short-sleeved shirt over a wife-beater and three-quarter drop shorts. The women were casually dressed and looked more like they were attending an afternoon party than a funeral. It did not appear as if any of them wore all black.

So what’s the deal? Was this just an isolated situation, or have things changed from times past when people would strictly wear black to funerals?

We turned to Google to do a little research, and we came across some articles on the subject of funeral fashion. 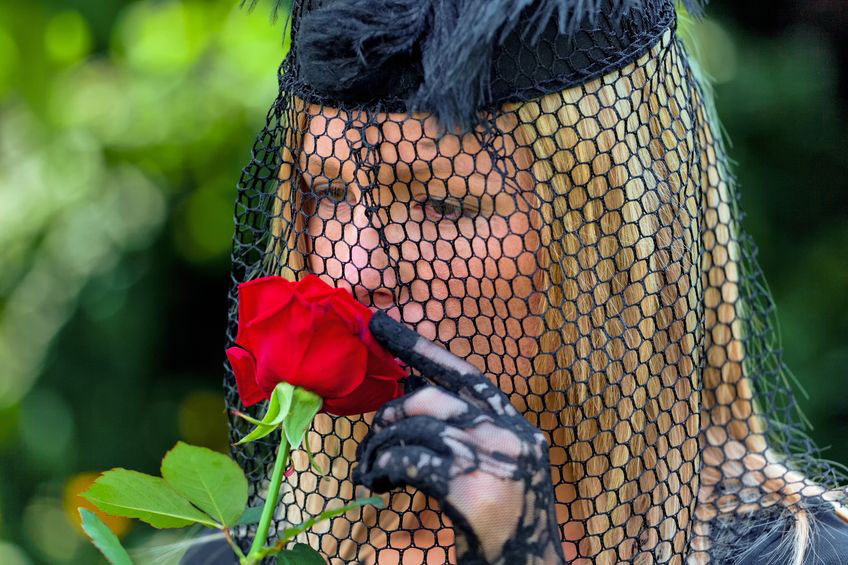 Based on those articles, it would seem as if times have indeed changed; but not so drastically as for you to look 18th century if you choose to wear black to a funeral. It’s still common enough to wear black to funerals. It’s just that it’s now okay in many circles to wear other colors aside from black.

That doesn’t mean you should wear scarlet red or canary yellow or neon green, or other bold bright colors that scream for attention. You’re still expected to exercise good judgement and dress in a manner that will not cause a distraction from the service. Aside from the color question, you can also wear less formal styles of attire; but again, you’re expected to know where to draw the line. Sexy club wear is not appropriate for a funeral, unless this is the specified dress code for some reason (perhaps the deceased loved to go clubbing and tended to dress sexily, and to honor her memory it was decided that funeral attendees would dress as she loved to dress?)

At the funeral of the relative of our editor-in-chief, there was more of a life celebration atmosphere than an atmosphere of mourning. This could explain the generally casual style of dress. Funerals that are more focussed on celebrating life would seem to call for attire that doesn’t suggest mourning and sadness.  But  whatever you wear, it should still be tasteful, and respectful.

Here is an excerpt from an article titled “Funeral fashion has become more lax, but there are still rules”, written by Today.com contributor Mary Peffer back on Jul. 9, 2014

From Today.com – While veils, umbrellas and larger silhouettes aren’t exactly called for these days, dress is an extension of our emotion when honoring a loved one’s, and it’s OK to be subtle in color or formality — as long as you reflect the seriousness of the occasion. Trust your instincts, but don’t be too flashy.  (source link)

Sleepwear Choices: 5 Comfortable Clothing for Women That Are Actually Eco-Friendly

The power of accessories: A quick guide to accessorize like a stylist

Are you too old to be wearing Fashion Nova clothes?