I know. It’s crazy to wear thigh high boots in the summer. But I didn’t buy these boots to wear out and about. I bought them to do this black and white outfit post. I’ve seen these boots on the Akira website for a little while and wondered about them. They seemed odd being one white and one black, but at the same time they intrigued me. I was curious. And so I bought them for $60. I also purchased a pair of black and white faux leather shorts and a black and white blouse from the same website to put together this outfit. 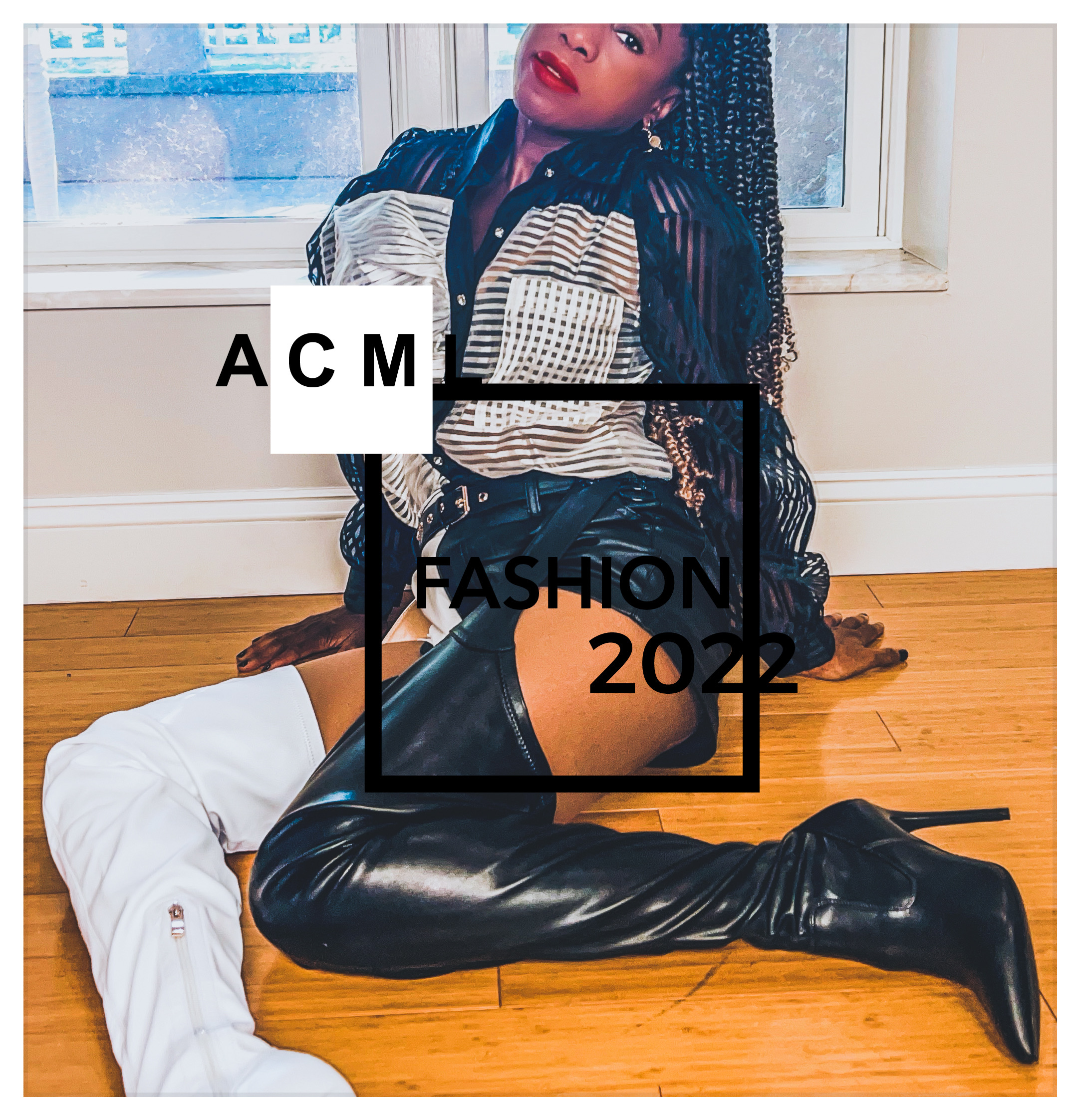 The chap boots aspect was good in that it eliminates the problem of the boots falling down. So I liked that, but they seem better suited for a tall person. I had to fold them over twice and hook them up to create new loops in order to be able to insert the belt through the loops of my shorts. Otherwise I would have had to strap the belt at the level of my rib cage.

The two different color one black one white aspect 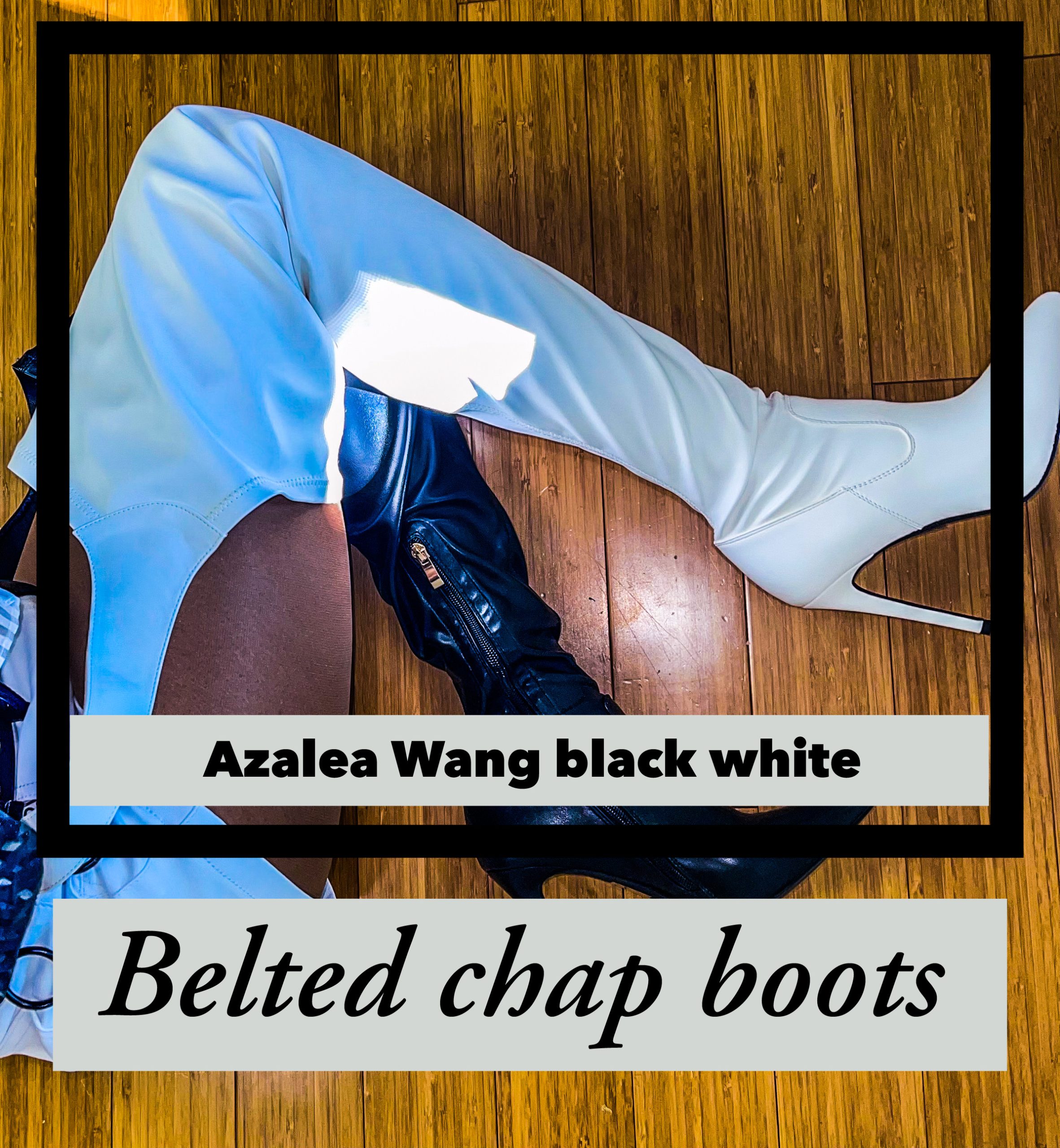 I have to say I did not find these boots to be the most comfortable. They strained my instep quite a bit. I had to take them off a few times before eventually having to wrap my pretend photo session short. It just became too much to bear the strain.

How easy are these boots to walk in?

These boots weren’t all that easy to walk in if your goal is to strut effortlessly. At least they weren’t for me. I’m sure they would be a cake walk if you’re a pro at walking in high heels.

About the rest of the look…

The shorts were okay but not the best fitting. I am presently still packing some extra pounds, especially in the derriere region and where the shorts are concerned, it was snug in the derriere and hips. But a larger size would not have worked. The waist on these is already too big. And I simply don’t buy sizes to fit my body when my weight is temporarily elevated.

Who even wears black in the summer? 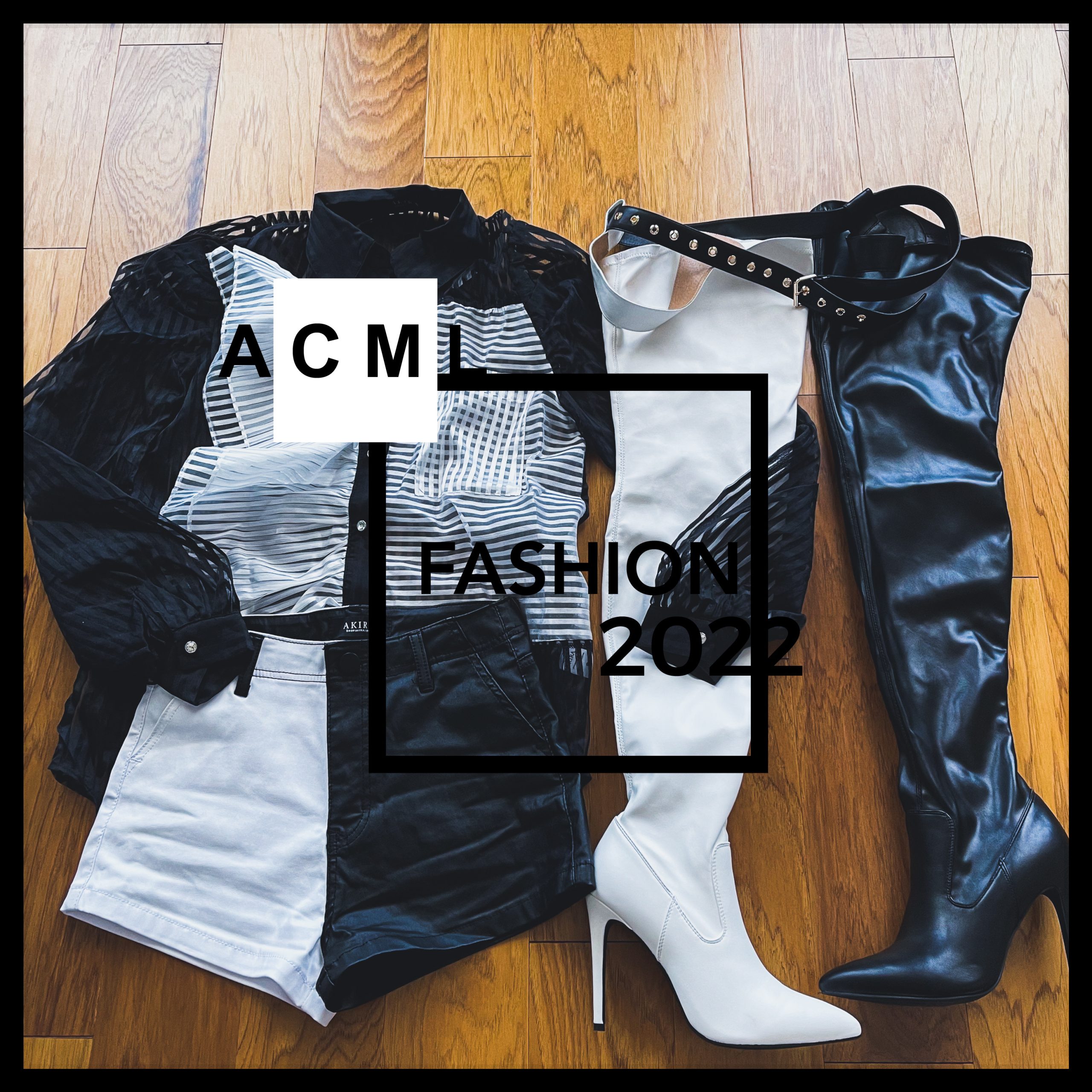 It’s often said to be unwise to wear black in the summer. The reason given is that black absorbs heat, which will cause you to feel the burn of the summer sun more than if you were not wearing heat absorbing colors. And also, according to some articles found on the Internet, it is apparently also potentially damaging to your skin. Personally, I have worn black in the summer more than a few times. In fact, when I was younger I hardly ever wore any other color of clothing. I’ve found it to be true that black attracts the heat from the sun, but it seems to vary and depend on different factors. Yesterday, for example I went for a walk wearing a black t-shirt and black faux leather shorts. I felt the heat of the sun on my back but the leather shorts did not seem to draw any extra heat.

I think whether to wear black in the summer or not is the business of the person getting dressed and no one else’s. Some people adhere to the so-called fashion dos and donts. Others wear whatever they want. None of it really matters.

A little video of me showcasing the look