#CandiceSwanepoel fell and scraped her knee during the #Givenchy show 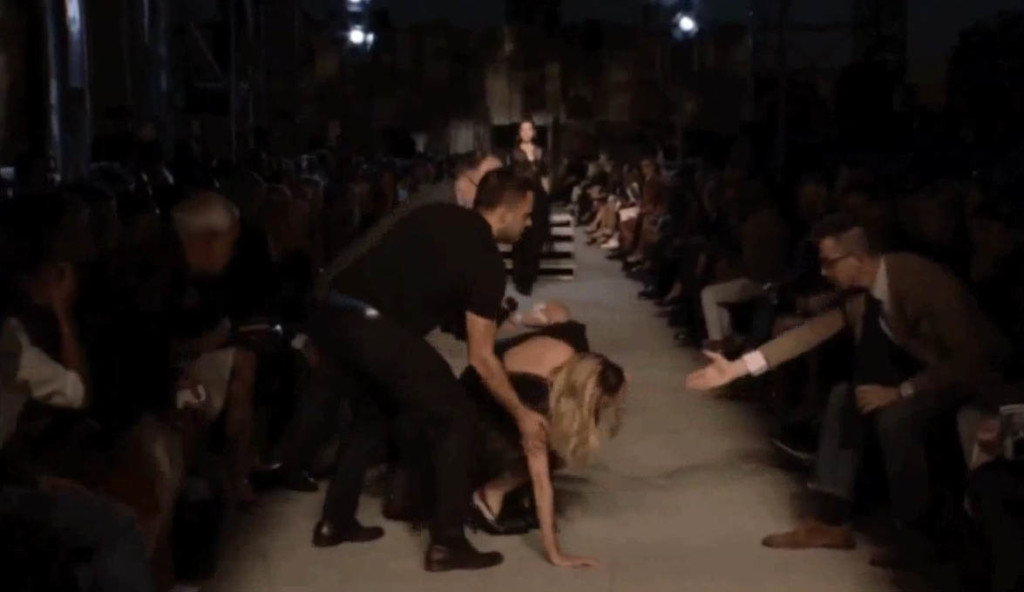 But don’t blame Candice. She’s a pro. Blame the shoes.

Let’s keep it real. Some of this designer shoes are nice to look at but shoes should only be ridiculously expensive because they are ridiculously awesome not just to look at but to wear. And awesome to wear shoes don’t make you fall on your face when you’re strutting down a runway. We’re just saying.

Candice was not the only model to fall during the Givenchy show.

Model Pooja Mor also fell. Her fall was a bit scarier considering she fell down some steps. But the ladies got quickly back to their feet and continued on with the show.

Kim Kardashian arrived to the Givenchy show on the arm of her husband Kanye West looking all gorgeous and sexy in a sheer #Givenchy dress. You’ve got to hand it to Kim. We know–some of you think it’s tacky. After all she’s pregnant; but to suggest it’s tacky for a pregnant woman to show off her beautiful pregnant body in a sheer dress–are you sure that’s something you want to do?

As ladies who have spent our lives covering up and hiding our bodies whenever we have gained an extra ounce, we cheer on Kim for having such a high level of self confidence and for loving herself and loving her body whether it’s tiny from months of hard work at the gym or blooming with a new life growing in her belly.

Kim Kardashian and Courtney Love took a selfie together…

Why Kim Kardashian and Courtney Love taking a selfie together is relevant to anything we have no idea, but it seemed to matter enough to get its own headline. The selife is cute. Both ladies look good. They look content in the moment which is all anyone can hope for these days, just to have moments of contentment to offset all the moments of discontent.

Madeline Stuart, a model who has Down Syndrome made her New York Fashion Week runway debut

We should probably have put this before the Kim Kardashian Courtney Love selfie headline. Madeline Stuart is a model who happens to have Down Syndrome.

Heading for the red carpet A photo posted by Madeline Stuart (@madelinesmodelling_) on Sep 9, 2015 at 12:44am PDT

via NY Daily News – Madeline Stuart – who has Down Syndrome and a leaky heart valve – made her runway debut at New York Fashion Week on Sunday night with a glittering, body-painted male model on each arm. Not too shabby. The 18-year-old Australian – who goes by the nickname Maddy – conquered the catwalk at Grand Central’s Vanderbilt Hall as part of the FTL Moda presentation of international designers. 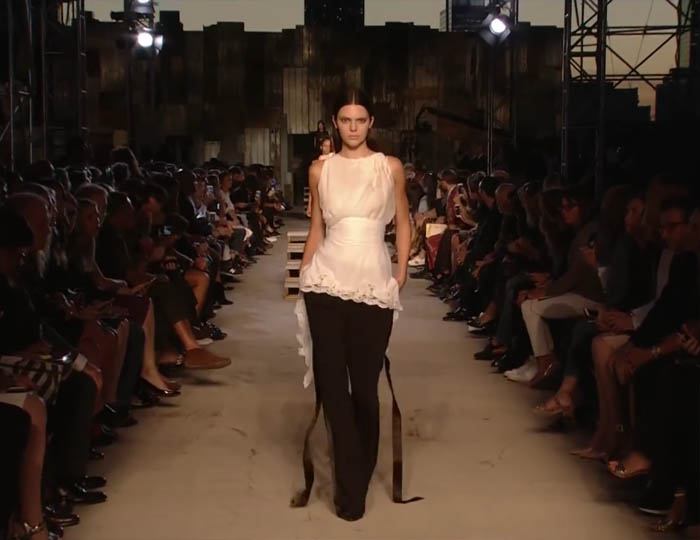 We’re not sure if Kendall has walked in other shows since the 2015 New York Fashion Week spring/summer 2016 event got off to its start on September 11th. Earlier this year it seemed she had a spot in just about every designer’s show. So far the only shows we know she’s walked it at the NYFW Spring 2016 events are Givenchy and Diane Von Furstenberg. But she might have walked others. And there are other shows still to come.

From what we’ve read Kendall might just be keeping it light at NYFW by choice. Seems her focus might be on the upcoming fashion week events in Paris, London and Milan.

Even with what seems a light schedule at NYFW Kendall complained of there being “so much fashion, not enough week” when she posted a video of herself shaving in her car ahead of the DVF show.

so much fashion, not enough week #YouGottaDoWhatYouGottaDo

We’re not going to pretend we have any idea what the heck we’re talking about here so we’ll just direct you to the E Online article we were reading about how designer Anne Bowen is upset with Kanye West because he announced a last minute fashion show for September 16th at noon. As near as we can figure based on what we read, Anne Bowen is upset about it because she has a show scheduled for that date at that time to launch her new street collection. The reason she’s upset seems to have something to do with Kanye being Kanye. We could be misunderstanding the issue; but it seems as if Anne Bowen didn’t want her show to happen at the same time as Kanye’s because all the attention would go to Kanye’s show on account of him being Kanye West. E Online quotes her as saying:

“We have been prepping for a year for this at considerable financial, labor- and commitment-cost to our company. Our show date has been scheduled for months and has been on the Fashion Calendar for weeks. We went through all the proper channels to make this a reality. And just yesterday we learned that Kanye West is having a show at the same time on the same date as ours. Kanye knows he is a media sensation and it is just not ethical to do this. It’s like we are David and he is Goliath. We have put our heart and soul into our show and should not be stepped on like this.” (source)

Seems Anne Bowen has already rescheduled her show to take place on September 17th instead of September 16th.

Not another thigh high boots over the knee boots...