I played the lottery last night but I didn’t win anything. Oh well. I would be able to buy this MAWI Rose Gold-Plated Flower Embellished Watchstrap bracelet in blue from stylebop.com if I had won. 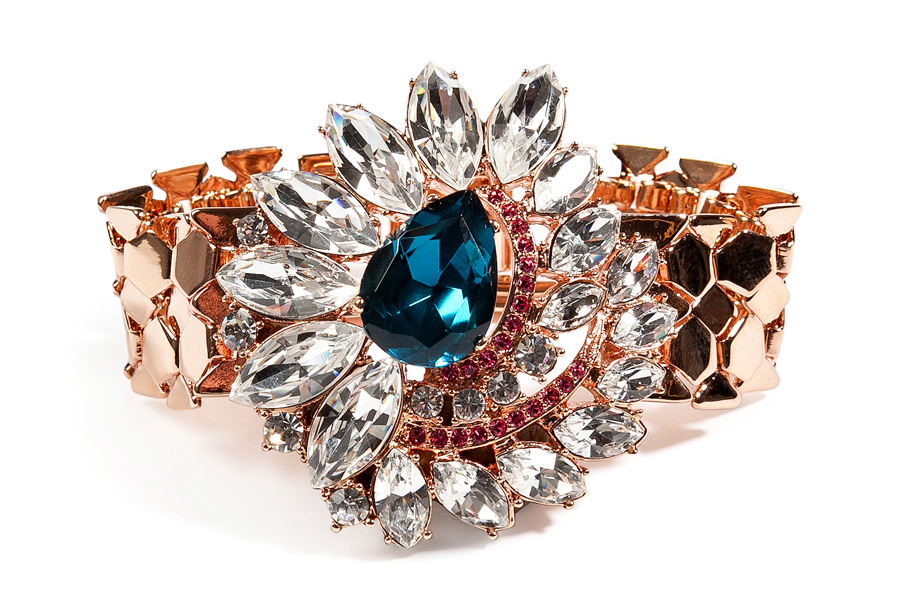 Buy It!
It’s a cute bracelet. I certainly like it and wouldn’t mind having it in my jewelry collection (If I had such a thing); but I have to wonder about charging $645 for gold plated brass. I guess it’s the crystals that account for the high price; but crystals aren’t exactly diamonds. Then again if the crystals were diamonds the bracelet would probably cost $6450.

There’s a pink version of this bracelet. I like them both and would certainly have been able to afford them both had I won the lottery last night but I didn’t even win a free ticket. I know I shouldn’t waste money playing the lottery but sometimes I do. I never have any luck so you’d think I’d learn by now; but from time to time I have visions of Louboutins dancing in my head and I know I’ll never afford a pair in my lifetime unless I win the lottery. Although I have sort of made a declaration that by this time next year I will have bought my first pair of Louboutins. 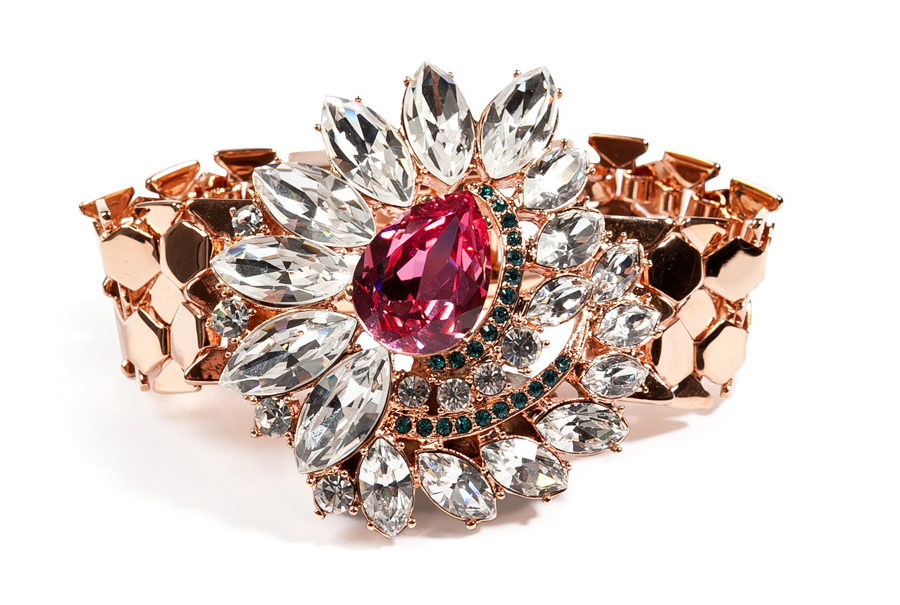 Buy It!
I’ll be honest with you I don’t think it’s necessary for anyone to own a pair of Louboutins and I know that if I never own a pair in my lifetime it will amount to nothing in the larger scheme of things. A person would have to be seriously shallow to the point of it being a psychological problem to reach their death bed and look back on their life and mention as one of their deep regrets the fact that they never owned a pair of Christian Louboutin shoes.

I don’t generally think about Louboutin shoes or any other designer shoes and spend time wishing I owned some; but I do spend time thinking about financial security and being able to achieve the goals I set for myself and having the ability to buy designer shoes if I so chose. It does get frustrating when you realize you can’t even afford something that costs $64.50 much less to be able to afford something that costs $645 like the above bracelets. So for me the goal to own a pair of Louboutins by this time next year is more about making a success out of some one or the other of the many things I work on each day as I pursue the larger goal of financial security.