How many Diane von Furstenberg dresses do you have in your closet? 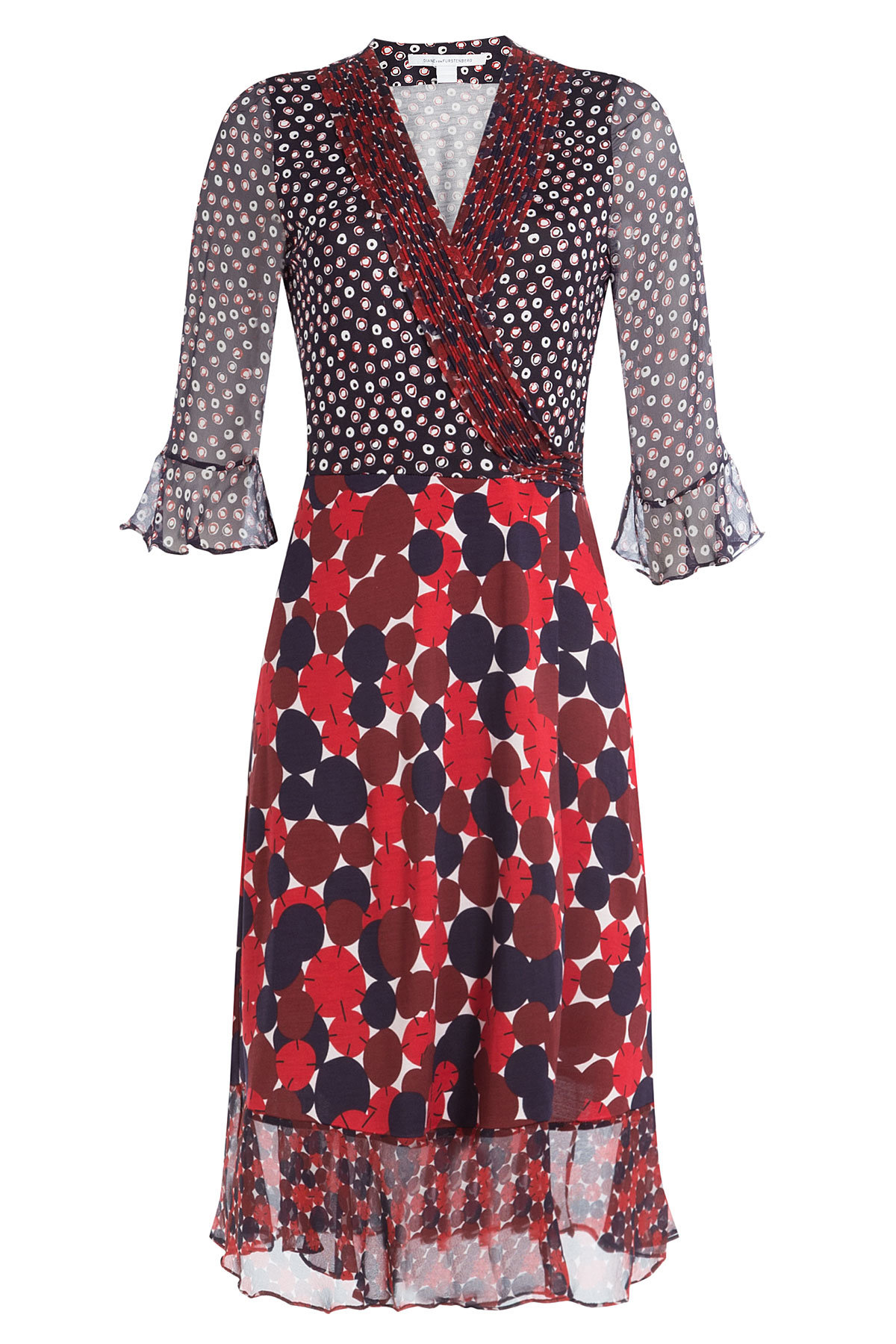 We can as easily see a 25 year old in this Diane von Furstenberg multicolored printed silk wrap dress as we can see a 55 year old in it. But the same isn’t necessarily true of this next dress. While we’re sure there are 25 year old women who could and would wear it and look nice in it, at first glance it doesn’t really scream twenty-something  style.

If you believe one of the articles we came across, millennials are the target demographic of the Diane von Furstenberg brand. But many of the brand’s dress styles have a more ‘style conscious working mom’ look to them. That’s not to suggest that there aren’t style conscious working mothers who are millenials. If you were born in 1982 you’re a millenial. You’re also 34 as of the writing of this post, assuming you were born on or before December 7th. You could be the mother of a 16 year old if you had a child when you were 18. If you became a mother at a more socially acceptable age, like 25 for example, you are the mother of a 9 year old. So style conscious working moms currently include millenials as well as members of Generation X. It may well also include Baby Boomers, although their children are grown adults (assuming they did not have children in their mid fifties)

Mostly because of the print, this Starred Clouds Coral Silk Valencia Dress is definitely not a Diane von Furstenberg dress we’d expect to see on the average 25 year old. The wrap dress style has a kind of mature look to it in our opinion. And to some degree you can say Diane von Furstenberg’s brand being so long established has something to do with that. She’s credited with inventing the wrap dress decades ago. So the style, which is still very common to her brand is a dated style even if it’s still a style that’s in vogue.

But we’re inclined to believe the brand is indeed for women of all ages at all stages of life.

We don’t get the impression that Diane von Furstenberg herself would get behind a practice of targeting an age range that excludes the women who grew up with her brand. But then again, you can’t stand on principle if you want to keep your business on the cutting edge. So it makes sense that the brand might identify its target customer base as women who fall into the millenials demographic. They are the most active shopping group, particularly of fashion apparel.